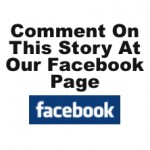 MEEKER I As school districts scramble to respond to impending state budget cuts, one option being considered on both ends of the county is the four-day school week.
Rangely’s school district has held public forums and surveys while it studies whether to switch to the four-day school week. On the other end of the county, Meeker superintendent Doug Pfau said the issue is also on the table.
“It is being considered at a time when we are going to have to cut staff,” Pfau said. “In order to preserve staff, we need to consider anything that saves us from cutting.”
Meeker has gone with a four-day school week before. According to district records, the four-day school week was implemented from the fall of 1991 to the spring of 1995.
Allan Jones is a former Meeker School Board member, who served on the board during the time of the four-day school week. He also had a daughter who was in school then.
“I had no problem with it as a parent,” Jones said. “My daughter went through the four-day school week. She liked it. Being in athletics, Fridays were off, so they weren’t missing any school with basketball or volleyball games. She didn’t think it hurt her any going to college, and she ended up going to Stanford, so I would say it didn’t.”
However, Jones said he recognized the four-day school week wasn’t for everybody.
“Working people, I can see where it’s tough on them, especially with small kids, they have to try to find someone for daycare,” Jones said. “But it also allowed people to line up their dentist or doctor appointments (for the non-school day), or to go grocery shopping. There are pros and cons.
“I don’t know how much it saves (a school district financially),” Jones continued. “It depends on how you look at it. Each school has to look at it individually and decide what’s best for them. It (the four-day school week) is just different. Some people will fight change or will fight tradition. As far as I was concerned, I thought it worked fine.”
Joe Conrado was also on the Meeker School Board back when it had switched to a four-day school week and remembers it was a divisive issue.
“It was real emotional on both sides,” Conrado said. “Some of the families just loved it and found it hard to go back to a five-day (school week). Yet some of the parents were burdened, because they had to find daycare for their kids.”
Looking back, Conrado wasn’t sure the district realized the financial savings it had anticipated by switching to the four-day school week.
“I don’t think we saw the benefits in the school district we thought we would,” Conrado said. “We went into it for financial reasons. We felt like we needed to do it to save money. But we found out we were not in as bad a money crunch as we thought we were in.”
Still, Conrado said, it was tough for school districts financially back when he was on the board, and it still is today.
“Somewhere along the way, the state is going to have to give us more money,” Conrado said. “It’s a horrible position to be on that school board. They (state legislators) give you all those mandates and they don’t give you the way (financially) to meet them. You can only spend X amount of dollars on each student, allowed by the state. That’s what’s killing Meeker.”
Conrado doesn’t envy current school board members who are faced again with the decision of whether to switch to a four-day school week.
“I wish we had never gone to it,” Conrado said. “It was real polarizing. But going back to a five day was really hard. Going back to a five day was harder than going to a four day. I think if they asked me to do it again, I would say no, for the benefit of the kids, not to shortchange them.”

MEEKER I Dakota Rowlett, who was graduated from Meeker High School in May, was involved in an automobile accident early Monday morning in Texas, where he attends Stephen F. Austin State University at Nacogdoches. He […]

Letter: Thank you to public servants in county

On the occasion of the holiday marking our nation’s founding, I hope the citizens of this community might join in acknowledging our friends and neighbors, the government officials and employees, town, county, state and national, […]

MEEKER I “I never got over the drawl,” Dorothy Chappell said in her soft southern accent. The gentle drawl, held over from her early years in Texas, seems well-suited to her kindness and devotion to […]