MEEKER | On Nov. 26, 2016, at approximately 4:30 p.m., Rio Blanco County Communications received a report of a missing 22-year-old man. Meeker Police Department spoke with the man’s mother, who stated he had left her residence upset on Friday, Nov. 25 and gave details regarding the vehicle he had been driving.
At approximately 6:45 p.m., a Rio Blanco County Sheriff’s Office Deputy was patrolling in the area of LO7 hill approximately 4 miles south of Meeker. The deputy found the man’s vehicle as well as a set of footprints and then located a male party with a single gunshot wound to the head.
The Rio Blanco County Coroner was notified and the deceased was transferred to Pioneers Medical Center, where friends of the family identified the deceased as Salvador Montoya-Villalpando, 22.
An autopsy will be conducted in Grand Junction, but the Rio Blanco Coroner’s investigation confirms no foul play is suspected.
A fundraising page has been created to help the family with funeral costs at gofundme.com/salvador-funeral.
According to a recent report from the Colorado Department of Public Health and Environment’s Office of Suicide Prevention, suicide is the seventh leading cause of death in Colorado and has continued to trend upward since 2009. Among youth and young adults ages 10 through 34, suicide is the second leading cause of death.
If you or a loved one are struggling, you can call the National Suicide Prevention Lifeline at 1-800-273-TALK (8255), a free and confidential service to support people in crisis or those around them. 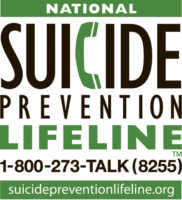 DENVER I Colorado continues to have one of the highest suicide rates in the nation, but a new state commission has begun to tackle the problem.

RBC I Many of us are attracted to nature, expansive views and wild settings, so it’s not surprising that this year millions will come West to visit our spectacular national parks. Almost all will go […]

‘Not in a million years’

Rangely deaths shock family, friends RANGELY — Danette Graham loved her in-laws. She drove from Vernal, Utah, three times a week to check in on them. And she never would have imagined Carlos Graham Sr. […]