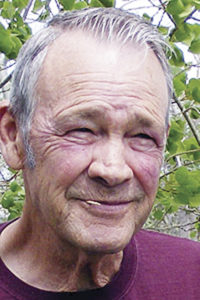 Albert Glenn Stewart, 69, died Monday, Oct. 10 at Cody Hospital following a courageous battle with heart disease and diabetes.
Al was born Dec. 11, 1941, in Meeker, Colo., the first of nine children born to Stanley Hardin Stewart and Nellie Randall Stewart. He spent his school years in Meeker and then enlisted in the Army, serving three years in the U.S. and Germany as a mechanic.
He married the first love of his life, Joy Darlene Sutton on Oct. 19, 1963. Together they raised three sons: Gary, Bill and Stan. Al and Joy were long-time residents of Wyoming, living in LaBarge, Kaycee, Powell and Burlington during his 28-year career with Texaco, Inc. During this time they also lived in Cut Bank, Mont. Al held many positions during his career, beginning as a roustabout and retiring as a drilling foreman in 1993. Al and Joy spent the later years of their marriage living near Burlington, at a home well-loved by family and friends. Joy passed away in 1993, after 29 wonderful years of marriage.
Al married the second love of his life, Cynthia McIntyre, on Dec. 19, 1997. Al and Cindy enjoyed traveling, camping and being outdoors together. They were blessed with nearly 14 happy years of marriage. The two made their home in Powell, until the time of his death.
Al enjoyed hunting, horses and spending time outdoors. He was very devoted to family and friends. He especially enjoyed Fourth of July celebrations in Meeker, Colorado and Mule Days in Ralston. In life, Al was known for his generosity and hospitality. He was always welcoming and his home was always open. He enjoyed hard work and doted on his beloved grandchildren and great-grandchildren.
He was preceded in death by his father, Stanley Stewart; wife, Joy Stewart; and brother, Vern Stewart.
He is survived by, and will be missed greatly by; his wife of 13 years, Cynthia (McIntyre) Stewart; sons, Gary (Debra) Stewart, Bill (Donna) Stewart and Stan Stewart (Jodi Chouinard), all of Powell; his mother, Nellie Stewart of Meeker, Colo.; brothers, Tom Stewart of Las Vegas, Nev.; Gary (Linda) Stewart, Ted (Gayle) Stewart, Frank (Sheila) Stewart, and Bill (Voni) Stewart, all of Meeker; sister-in-law, Valerie Stewart of Craig, Colo.; sisters, Reba (Bob) Schaller, of Denver, Colo., and Jeannie Gianinetti of Meeker. Al also leaves behind five grandchildren: Cameron Stewart, Kayla Gahagan, Tommi Williams, Nikki Marchant and Caleb Stewart; five great-grandchildren; and many aunts, uncles, cousins, nieces, nephews and good friends.
Cremation has taken place. At Al’s request, no funeral services will be held. In lieu of flowers, please donate, in Al’s name, to the American Heart Association, Spirit Mountain Hospice, or the charity of your choice.

Council hopes to get people talking

MEEKER I Since the oil shale boom in the 1980s, Meeker’s Human Resource Council has sought ways to highlight the community’s needs and assets, bringing the two together for the benefit of all.