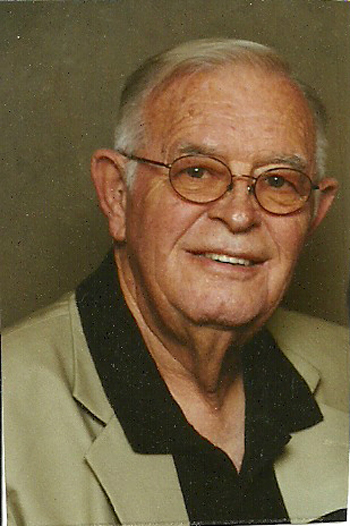 Charles William Wells, 75, of Granbury, Texas, passed away Monday, Aug. 5, 2010, in Fort Worth. A private family memorial was held. Cremation has taken place.
Charles “Coach” Wells was born July 30, 1935, in Oklahoma City, Okla. He was the only child of Dallas Ralph and Neoma Evelyn Crow Wells. When Charles was 12 years old, they moved to Riverton, Wyo., where he attended school through the 10th grade. His parents moved to Vernal, Utah, where he was graduated from Uintah High School in 1953 and was granted an athletic scholarship to the University of Utah. He was selected as an All-Skyline Conference end in 1954 and 1955. He also played two years of semi-professional football for the Tucson Rattlers in Tucson, Ariz. He later earned his BS degree from the University of Wyoming and his MS degree from Azusa Pacific University in Azusa, Calif.
He married Gail Yvonne Treat in 1957 and they raised five children together. He worked in the oil fields the first two years after they were married but decided he wanted to be a teacher and coach and returned to school.
In 1963 he began his first teaching and coaching job at St. Stephens Indian Mission in Riverton, Wyo. He taught history and social studies and coached football, basketball and track. He also coached in Pinedale and Big Piney, Wyo., before moving to Garden Grove, Calif., in 1971, where he was the head football coach at Bolsa Grande High School. He was named “Coach of the Year” in Orange County, Calif., in 1972 after leading them to a league championship. After leaving California, his coaching jobs took them to Utah, Kansas, Texas and back to Wyoming. He received numerous coaching awards through the years. When a move was made, it was thought of as an adventure and learning experience. Some were better than others, but he always enjoyed coaching, teaching and working with young people. He was always happy to get a phone call or letter from former students and was glad to have had an impact on their lives.
Charles retired in 2000 from Floresville High School, in Floresville, Texas. He and Yvonne moved back to Wyoming that year to help care for Yvonne’s mother.
In 2004/05 he coached the girls’ basketball team at Shoshoni, Wyo. In 2006 he coached the girls’ basketball team at St. Stephens Indian Mission. The girls made it to the state tournament for the first time. It was a lifetime experience for the team. He really enjoyed coaching the girls and taking them to state. He retired again that year from the same school where he started his career.
Charles and Yvonne moved to Granbury, Texas, in June, 2008, to be closer to their children and grandchildren.
He enjoyed playing golf, doing crossword puzzles and watching old western movies. He loved his pug dog “Liz.” She was always at his side watching after him.
He was a life member of the Benevolent and Protective Order of Elks, “BPOE” and the PGA Partners Club.
Charles was preceded in death by his parents. He is survived by his wife Yvonne, daughter Shauna K. Hancock and husband Grady, of Grapevine; sons Charles R. Wells and fiance Monica Turney of Huntington Beach, Calif.; Jeffery T. Wells and wife Tina of Weslaco, Texas; Paul J. Wells of San Antonio, Texas; and Shannon F. Wells and wife Tiffany of Liberty Hill, Texas. He is survived by 11 grandchildren: Corrie Hooykaas; Whitney Hancock; Brook Richards; Derek, Brandon, Gunner, Bailey, Jenna, Brock, MacKenzie and Jacob Wells; and great-granddaughters Presley and Parker Hooykaas.

Celebration of life for James C. and Mary Dawn Carstens

RANGELY I Ruth King had a surprise homecoming this week. King was honored with a dedication reception Tuesday at the Rangely Regional Library, which was planned without her knowledge. Facebook Notice for EU! You need […]

Sarah Kathleen Sizemore of Meeker and Candace Briggs of Rangely earned degrees from the University of Northern Colorado in Greeley. Facebook Notice for EU! You need to login to view and post FB Comments!