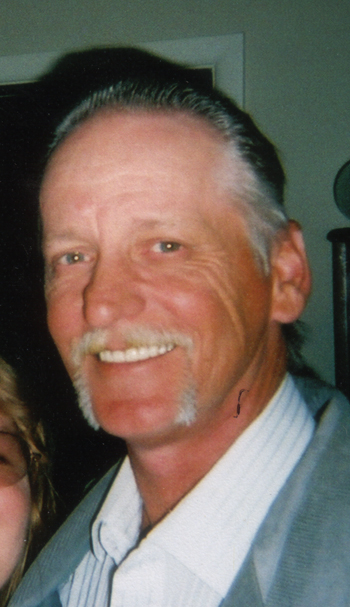 Dennis Ray Middleton, Sr. went to be with the Lord Oct. 25, 2010, at St. Mary’s Hospital in Grand Junction. He was 56.
Dennis was born to Robert Dean and Betty June Middleton on Sept. 2, 1954, in Granite City, Ill.
He married his best friend Paula “Tina” Cunningham on Sept. 2, 1975, in Carlinville, Ill.
Dennis and Tina moved their family to Rangely in 1992, where they have lived ever since.
Dennis attended ITT Tech after their marriage, where he received his ASE Mechanic Certification with high honors, later receiving his Millwright Certification.
Dennis had worked as a mechanic, truck driver, millwright and most recently as a utilities operator for the town of Rangely.
Dennis loved the Lord and he loved his family. After he became ill, his deepest regret was not for himself, but the fact that he couldn’t provide for his loved ones like he wanted to and had done all his life.
Dennis especially loved his caring wife, Tina, and his “little buddy” David Harley, whom he took great pride in helping to raise.
He enjoyed playing billiards, riding his motorcycle and spending time with his family. He was the proud grandfather of eight grandchildren.
Dennis is survived by his wife Tina and five children: daughter Cheri Wallace, sons Dennis Jr. and Matthew of Rangely and Travis and Terry of Illinois, and eight grandchildren Alanna, Autumn, Mariah, Blake, Justin and Jessica of Illinois. Also, his mother Betty June Middleton and sister Roberta of Illinois and brother Davy, Sr., also of Illinois.
He was preceded in death by his father Robert, brother Michael and one grandson, Jason Middleton.
A memorial service was held at Rangely Assembly of God on Friday, Oct. 29.

The WRBM Recreation and Parks District and the Rangely Fire and Rescue District put on a spectacular fireworks display over Kenney Reservoir every year. Photo by Ted Harper

Money and banking are serious business. But for Todd Young, he can see humor, even in the financial world. “I was co-president of my banking school class at CU (Colorado University) and both of us […]

Diane Juhan Roberts passed away Wednesday, Sept. 23, 2015, in Meeker, Colo., surrounded by her family. Facebook Notice for EU! You need to login to view and post FB Comments!