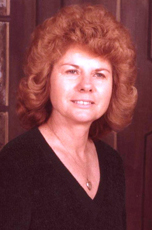 Doralee Dale Dickman was born Feb. 26, 1929, to William and Alta Dale in Delta. She spent her childhood in the Grand Junction area, graduating from Grand Junction High School. She attended Mesa College, graduating in 1949.
After graduating, she moved to Rangely to work as a bookkeeper for two years before moving to Meeker to take a job with the First National Bank. It was here that she met Gerald Dickman and they were married in 1952.
From this union two children were born, Rex Lee in 1955 and Lorie Diane in 1960. The family continued to live in Meeker. Doralee worked as a teacher’s aide in the 1960s before purchasing and running the A&W in Meeker until 1979.
At which time the family returned to Grand Junction and Doralee began her career as a social worker. She was the daycare administrator for Mesa County and surrounding areas before her retirement in 1998.
She was well known for ensuring that children had a wonderful daycare experience during their early years.
She and Gerald had spent the last 11 years between Grand Junction and Sun City, Ariz., volunteering many hours at the humane society.
Doralee is survived by her husband Gerald Dickman, son Rex (Kathy) and daughter Lorie, sister Bonnie Hiner and brother Mike Dale, two grandchildren and many nieces and nephews.
The family ask that in lieu of flowers donations be made in Doralee’s name to Hospice and Palliative Care of Western Colorado or the Humane Society.

Listen to this post Stone Martin died far too young. He was only 9. But his memory lives on in the hearts and minds of his family, his friends and everyone who knew him.

Listen to this post Meeker’s Trey Morris waits to be signaled in to the game during summer action Saturday at Colorado Northwestern Community College in Rangely.