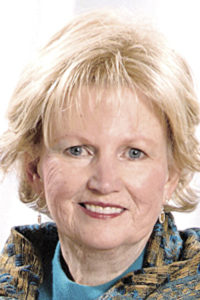 Glenda F. Wenschhof of Meeker died Saturday, July 9, 2011, at her ranch home near Meeker following a lengthy illness. She was 62.Glenda was born on Feb. 2, 1949, in Samson, Ala., the daughter of Hoise and Nobie (Foreman) Adams.  Glenda was raised in Alabama and in DeFuniak Springs, Fla., where she graduated from high school.Glenda married George Wenschhof on Oct. 31, 1970, at the chapel at Fort Rucker, Ala. They made their home in many places including Red Lion, Penn., and the Florida Keys prior to moving to Meeker.Glenda enjoyed horseback riding, fishing, hunting and camping. She was a member of the Meeker United Methodist Churchwomen’s group and the Meeker Investment Group.Glenda is survived by her husband George Wenschhof of Meeker, Colo.; her daughter Sherry Lawless of Mahomet, Ill.; her son Chris (Amy) Wenschhof of Lacey, Wash.; her grandchildren Tabytha Lawless and Tyler Wenschhof; her sister Nell Hughes of Dothan, Ala.; her brothers Tony (Carol) Adams of Gordon, Ala., Terry (Sara Jo) Adams of Wicksburg, Ala., and Ted (Jeane) Adams Dothan, Ala., and numerous nieces, nephews and a host of friends.She was preceded in death by her parents and sisters Ellen Donnelley, Geraldine Murphy, Peggy Johnson and Helen Owens.Funeral services were held on Tuesday, July 12, 2011, at the Meeker United Methodist Church with Pastor Johnny Arrington officiating. Interment will be in Wicksburg, Ala.Memorial donations may be made to the Meeker United Methodist Church Building Fund in care of Grant Mortuary or directly to the church at Box 26, Meeker, CO 81641.