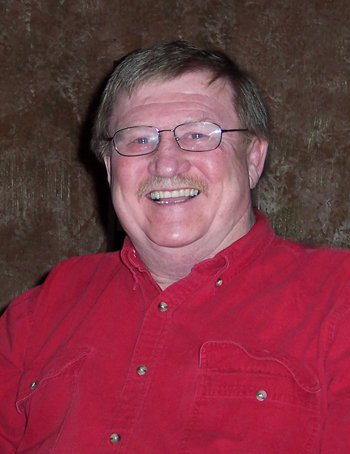 I was born in Meeker on Jan. 23, 1948, to Herbert Lester Davis and Iris Florane Lovelace. My family lived in a log cabin on my granddad’s homestead for a little more than three years. When I was 3 years old, my brother Edwin L. Davis was born and we moved to Portland, Ore., because my father had been called up for the Korean Conflict.
We lived in Portland, Ore., for six years until we moved back to Colorado when I was about 9 years old. I was graduated from Meeker High School in 1966. Later that year, I joined the Army Security Agency as an analyst. I left the Army in 1969 and worked in farming and construction until the early 1970s, when we moved to Greeley.
In Greeley, I started and ran a successful lawn care company called Davis Lawn Care for more than 20 years. In 1976, I met the love of my life, Charlotte G. LeBlanc. I finally persuaded her to marry me on July 4, 1978. All of the really great things in my life have come from Char, including my two children. Cassandra Iris (Cassie) was born on July 18, 1980, and Justin Tyler on Sept. 8, 1985. We moved to Nunn in 1991, where we renovated and lived in the old school house there until 2007.
I was finally graduated from the University of Northern Colorado in 1995. In 1998, he was graduated from the University of Wyoming College of Law; the same year Cassie graduated from Highland High School and Char received her master’s degree from UNC.
Much to my enormous happiness, Cassie married Britton L. Kauffman on Aug. 6, 2005.
I practiced law in Weld County and was a member of the Weld County Bar Association until I became too ill to continue my practice in 2008. One of my greatest honors in life was to be a member of that bar association and to practice law in Colorado. In 2004, I was presented with the A. Andrew Borg Award for my volunteer Pro Bono services in support of Weld County Legal Services.
I was preceded in death by my mother, father and brother.
I am survived by my wife; children; half-brother, Bill Davis; niece, Madison Davis; mother-in-law, Grace LeBlanc; and many friends.
I also leave an open chair in my monthly poker game with some of my best friends and the best card players in Greeley.
— JFD

John F. (Jack) Davis passed away on Saturday morning, Aug. 14, 2010, in Greeley after a long battle with cancer under care by a hospice.
Memorial services were held at 2 p.m. Saturday, Aug. 21 at UNC’s University Center Columbine Suites.
Condolences may be sent to www.stoddardsunset.com or www.lifetransplanet.com.
Memorial donations may be made to Hospice and Palliative Care of Northern Colorado, Inc.

First and foremost, I would like to say thank you to everyone who participated in the sales tax leakage survey as well as those individuals and local businesses that helped to make this project possible.

Judith Ellen Gaslin Clarke was born May 4, 1949, in Jordan, Mont., to Donald Gaslin and Helen Gaslin Groblebe. She spent her childhood in Billings, Mont.

“Are you still shooting rattlesnakes?” an old friend inquired on Facebook. Having moved to the Western Slope of Colorado so many years earlier, I’d forgotten my long letters to friends and family regaling them with […]