Junior Sisneros, 66, died Thursday, May 7, 2009, at his Rangely home surrounded by his loving family. 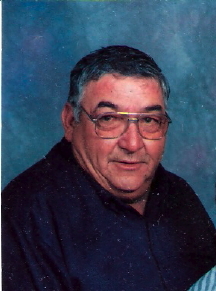 Margarito Sisneros, Jr. was born Aug. 13, 1942, in El Rito, N.M., the oldest of 11 children born to Margarito and Rebecca (Lucero) Sisneros, Sr. where he was raised and attended school. On Aug. 13, 1962, he was united in marriage to Ercilia Chavez at San Juan Nepomucene Church in El Rito. The couple moved to Morrill, Neb., where Junior farmed sugar beets, corn and raised cattle.
In 1978 the family moved to Rangely where Junior drove trucks for B&M Trucking, Dalbo and Target as well as Hutchinson and R&I. After his retirement he enjoyed watching old western movies, reading, especially Louis L’Amour western books. He also enjoyed fishing, playing cribbage and listening to country western and Spanish music.
Without a doubt Junior’s greatest love and joy was his family. He cherished his grandchildren who were always willing to sneak him a cookie or a piece of candy, so Archie wouldn’t see.
Junior is survived by Archie, his loving wife of 46 years, of the family home, five children, Bill Sisneros and his wife Sandy of Sulphur, Okla., Jelene Mann and her husband Andy, Brian Sisneros and his wife Sandra, Karen Cassavaugh and her husband David and Brenda Sherman and her husband Jim, all of Rangely, his mother, Rebecca Sisneros of Center, Colo., 11 grandchildren, Nadine, Quinton, Cameron, Roshelle, Shandra, Eric, Miranda, Breanna, Emily, Jimmie and Braylee and four great-grandchildren, Garrick, Layla, Braydin and Deklin.
He is also survived by seven sisters, Mary Gomez of Center, Nelda Martinez of Greeley, Bessie Cordova of Glenwood Springs, Lucille Gomez and Louella Martinez, both of Denver, Elaine Trujillo of Albuquerque, N.M., and Louise Gomez of Center.
A son, Norman, preceded Junior in death in 1969. He is also preceded in death by his father Margarito, Sr., two brothers, Danny and Randall and one sister, Betty.
A funeral mass was celebrated Tuesday, May 12 at St. Ignatius Catholic Church in Rangely with Father Jim Fox as celebrant. The Rangely Mortuary has been entrusted with the arrangements.