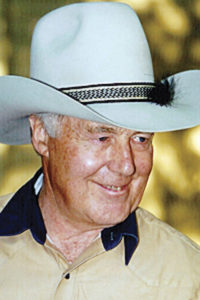 Leon Kent Oltmann was born on Aug. 10, 1940, in Shell Rock, Iowa, to Ed and Laura Oltmann. Leon was the second of four children — older brother Leroy, younger brother Larry and younger sister MaryAnn. Leon credited his father with teaching him the value of keeping his word. Growing up on a farm, he learned from his parents the value of teamwork and working together as a family for a common cause. Throughout his life, his strong belief in God, the value of education, the potential lessons learned in youth athletics and the desire to change the lives of kids drove him.
As a youngster, his education began in a one-room country school near their Shell Rock Farm. He actively participated in 4-H and served as president of his local club for two years. He spent his high school years at Allison–Bristow Community School. He served two years as president of the Luther League, a church youth organization; was vice president of his junior class; president of his senior class; participated in baseball, basketball and football and played the lead in both the junior and senior class drama performances.
Leon attended Wartburg College in Waverly, Iowa, where his passion for athletics continued. He participated in football, track and wrestling. He was president of the first Physical Education Majors Club on campus, and subsequently graduated with a bachelor of arts degree in physical education and social studies.
In 1963, he became a teacher and began coaching girls basketball at Clarksville High School in Iowa. A year later, he moved to Colorado and worked toward a master of science in physical education and secondary administration from Colorado State University, where he also coached freshman football. Through his coaching relationship with then CSU head football coach “Fum” McGraw, he was exposed to the Colorado Rocky Mountains on a horseback pack trip and found a new love. Leon often said he never felt closer to God than he did when he was in the wilderness. This passion fueled the remainder of his life.
In 1970, Leon briefly explored a business career, first as a salesman for a life insurance company and ultimately a supervisor. But the call of the Rockies was persistent and he left insurance to start what would become LKO Outfitters in 1980, specializing in Colorado and Arizona wilderness experiences by horseback and houseboat. During the next six years, his outfitting business expanded beyond hunting and trail rides to a multi-wilderness getaway experience at Devil’s Thumb Guest Ranch near Winter Park, Colo. According to Leon, “The most important thing enjoyed and learned from experiencing the outdoors has not been the personal experience itself, but rather the planting of the seed in and through others so that future generations may experience the awesome beauty, joys and the respect for the majesty of the outdoors.” While the business was promising, complications around the property led to its closing.
In 1986, he returned to education as a high school athletic director and completed his second master of arts degree in secondary administration at University of Northern Colorado. That year he also married Jill J. Nelson of Hunting Hill Farm in Colorado. In addition to his four children (Kim, Anne, Janelle and Brandon), Jill had four children (Bonnie, Jodi, Robin and Larry).
Over the next 20 years, Leon held several high school administrative positions including principal, athletic director, and superintendent in South Dakota and Colorado before retiring from education. Leon’s strong conviction about the power of education was revealed in a notation to his daughter Janelle as she began her Masters degree program, “In my experience, a frequent failing is that of a shortchanging our students—failing to enable and facilitate their ‘stretching’ themselves to their potential; and their potential is unknown!”
While residing in Wray, Colo., he accepted the position as director of the Yuma County Department of Social Services until at last, the opportunity to return to his beloved mountains presented itself, and he became Deputy Director of Health and Human Services in Gunnison, Colo. In 2010, he retired for good and was able to enjoy his mountains, grandchildren, gardening, baking pies and cowboy life full-time.
Considered by many the consummate gentleman, Leon was always quick with a smile and a tip of his hat. His stories of voodoopeckers, side-hill-gaugers, snipe hunts and “writing with Indian sticks” are practically legend. His positive impact on family, friends and the communities he touched, was warmly felt on Tuesday, May 15, when friends and family gathered from near and far to celebrate his life. The service was officiated by his nephew, Pastor Roger Day.
Leon is survived by his wife, Jill Jeanine Oltmann; Kimberly and Dwain Huckabee (daughter), Bryce and Elizabeth (grandchildren); Anne Rockwell (daughter), Madilyn (granddaughter); Janelle and Jason Wagner (daughter), Trinity, Rilyn and Declan (grandchildren); Brandon and Tricia Oltmann (son), Carter and Callen (grandsons); Jodi McConnell (stepdaughter), Justin, Makenzi and Noah (grandchildren); Robin and Bob Shallow (stepdaughter), Connor, Tristan, Logan and Zander (grandchildren); Leroy Oltmann (brother); Larry and MaryJo Oltmann (brother); and Mary Ann Lee (sister).
Leon is preceded in death by Mark Rockwell (son-in-law); Larry Nelson (stepson); and Edward and Laura A. Oltmann (parents).
In recognition of Leon’s lifelong commitment to his faith, youth education, and athletics, the family has established the Leon K. Oltmann Memorial Fund. Donations may be made in C/O: The Gunnison Bank, 232 West Tomichi, P.O. Box 119, Gunnison, CO, 81230.