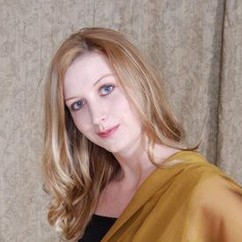 Nikole Lynn Broderick Olsen, beloved daughter of John and Teresa Broderick passed away suddenly and unexpectedly of a pulmonary embolism on Dec. 8, 2010, in Helper Utah. Nikole was passionate about life, her family, fashion, music and dance. She had such a great spirit that we wish she had more opportunity to share it with everyone. She married Andrew L. Olsen on Oct. 10, 2010. She leaves behind her two most precious gifts, daughter Valynn, 2, and son Brody, 6 months. She is survived by her husband Andrew L. Olsen, children Valynn and Brody all of Helper, parents John and Teresa Broderick of Rangely, brother Nathaneal  Richardson and wife Karen of Rangely, grandparents Laretta and Ken Ainsworth of Fairfield, Texas, parents-in-law Tonya and Scott Turner of Helper, Richard Olsen of Bountiful, Utah, brothers-in-law, Steven (Misty) of Layton, Utah, Gary (Shelly) of Price, Utah, sisters-in-law Amanda (Adrian) of Rangely, Alysa (Jeremy), Ashlyn all of Price Utah, grandparents-in-law Peggy Marshall, Robert and Diane Olsen, Bill Minnick all of Helper, and by all of her loving aunts, uncles, cousins, and extended families. She is preceded in death by her grandparents John and Agnes Broderick, Robert Richardson and grandfather in-law Robert John Marshall. She will be very sadly missed by all who knew and loved her.
Services will be held on Thursday, Dec. 16, 2010, at the Rangely Christian Church at 1 p.m. Internment at Rangely Cemetery. Rio Blanco Funeral Home made the arrangements.

RANGELY I The town of Rangely is near completion of the budget for 2011 and will schedule a public hearing Nov. 9 in order to accept the budget and certify the tax levies.

The Meeker Herald — 125 years ago • T. G. Leisenring of North Platte, Neb., is on his way to Meeker to open a drug store. • Rube Oldland has taken his famous bull calf […]