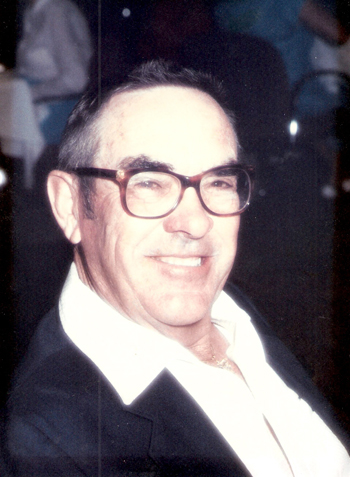 Well-known Meeker and Grand Junction resident Thomas E. Allen, Sr., 87, died Oct. 23, 2009, at the Hospice and Palliative Care Center in Grand Junction.
Tom was born Nov. 6, 1921, in Maybell, the eldest son of David T. and Julia (Maudlin) Allen. He attended early school in Maybell and later in Meeker, where he was graduated from Rio Blanco County High School with the class of 1940.
Tom helped farm with Julian Agee and later worked as a lineman building Camp Hale for the 10th Mountain Division.
A proud and true patriot, Tom served his country from 1942 to 1945 in the U.S. Army during World War II as a soldier with the Third Battalion’s 473rd Infantry Regiment. For his valor he was awarded numerous medals and citations, including the Purple Heart and a Bronze Star medal for heroic achievement. This past August, Tom joined his son, Steve, and numerous veterans throughout the Western Slope in traveling to Washington, D.C., to see the recently erected World War II memorial.
After his return from the war he met “the most beautiful woman in the world,” Dorothy Ellen Hollenbaugh. They married and raised three children, Betty Jean, Tom Jr. and Steve. Dorothy and Tom shared 34 years together. He was a dedicated husband, father and grandfather.
Upon his return to Meeker, Tom became a heavy-equipment operator, working for the Rio Blanco County Road and Bridge Department for many years and later for Elige Joslin and Co. Tom then began his career with the Colorado State Highway Department in various capacities, including highway paint foreman and later as a snowplow operator. Tom did everything to the very best of his abilities and was a very valuable employee. He retired from the highway department in 1984 after 20 years of service.
After Dorothy’s death in 1984, he was fortunate enough to meet another love of his life, Arbutus (Arby) Lamoureux, with whom he shared 24 wonderful years of golfing, traveling and enjoying retirement.
Tom was an avid fisherman and hunter. He also enjoyed playing cards, dancing, music and his children and grandchildren. He was a 60-plus-year member of the Masonic Lodge.
Survivors include his special friend, Arby; his sister, Edna Mae Gould; his brother, David (Bessie) Allen; and three children, Betty Jean (Mike) Tripp; Tom Jr. (Joy); and Steve Allen. He is also survived by his grandchildren, Jennifer (Miller) Denton, Elizabeth Miller, Stephanie Miller, Zack Allen, Brenda Allen, Meghan (Allen) Rudd, Dustin Allen and Ryley Allen as well as four great-grandchildren and a host of nieces and nephews.
In addition to his wife, Dorothy, Tom is preceded in death by his parents and an infant sister, Barbara.
Funeral services were held Tuesday, Oct. 27 at the Meeker United Methodist Church. Interment was made in the Highland Cemetery with Masonic Rites conferred by Rio Blanco Lodge No. 80, AF&AM and full military honors by Meeker VFW Post 5843.
Memorial contributions are suggested to Hospice and Palliative Care through Cochran Memorial Chapel, which has been entrusted with the arrangements.

Listen to this post MEEKER I Thanks to ExxonMobil, local emergency services, community and industry, representatives from Garfield, Rio Blanco, Mesa and Moffat counties received specialized training Nov. 13-15 on responding to major emergency and […]

Listen to this post The woman had border collies long before the local sheepdog trials. She couldn’t find enough for them to do on the ranch. While they had plenty of room outside to run, […]

Listen to this post What started out as a weekend of fun holiday activities in both Meeker and Rangely, suddenly turned tragic.