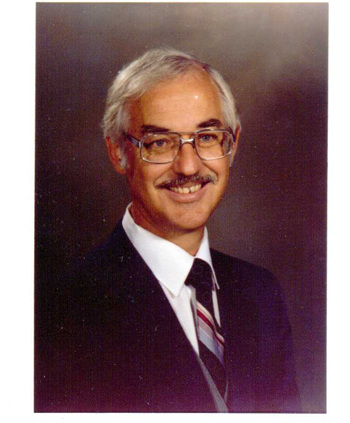 William Thomas Bright went to be with his Lord and Savior, surrounded by his family, on Sept. 5, 2010. He was 78. Born in 1932 in Gentry, Ark., to Clark Houston and Queen Esther (Ashbrook) Bright, Bill grew up in Hot Springs, Ark. He was graduated from Hot Springs High School in 1950 and received his BS degree from Henderson State Teachers College in 1954. In 1968, Bill earned a master’s of education from Sam Houston State College in Huntsville, Texas.
Bill married Peggy Lou Rippy of New Castle, Colo., in 1954. The couple lived in Hot Springs before moving to Independence, Mo., and later to Meeker, where Bill taught sixth-grade math and science for 34 years. Bill and Peggy raised five children: Jim (Nancy) Bright of Grand Junction, Beth (Wayne) Ball of Greeley, Bill (Lisa) Bright of Colorado Springs, Cil (Greg) White of Johnstown, and Rebecca (Dan) Wacker of Sandia Park, N.M.
In addition to teaching, Bill also owned and operated the Bright Spot Drive-in from 1960 to 1971. Bill pastored the Meeker Assembly of God Church from 1975 to 1981. He continued ministry as a substitute pastor to area churches for many more years. As a young man, Bill attended several southern gospel singing schools and had a beautiful tenor voice. He loved the outdoors and spent many family outings camping, fishing and wood cutting. In later years, he enjoyed gardening, painting and reading.
Bill is predeceased by his parents, a brother Kennie, sister Retha, and his wife Peggy. He is survived by his five children, 16 grandchildren and 2 great-grandchildren.
A celebration of life was Friday, Sept. 10, 2010, at Glad Tidings Assembly of God Church in Greeley. Inurnment was at Highland Cemetery in New Castle on Saturday, Sept. 11.

Listen to this post The Rangely junior high football team defeated the Meeker Cowboys 30-0 in Rangely on Thursday. The game started fast as seventh-grader Gage Fielder ran the opening kick off back for a […]

Listen to this post After a soggy week of rain in the valley, the snow on the Flat Tops will hopefully improve hunting success in the area. Long-range weather forecasts predict warmer-than-average temperatures for the […]