Willis Howard “Boy” Young, a Durango native, passed away on May 22, 2009, at Family Health West, in Fruita, Colo., from complications of dementia. Mr. Young was born in Hesperus on March 20, 1924, to Willis Henry Young and Lassie May (Kimsey) Young. He was one of 10 children who grew up in Hay Gulch and attended school at Rockvale and Durango High School. 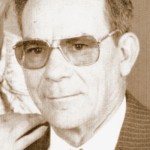 Mr. Young enlisted in the United States Army during World War II, serving as a combat engineer in both the European theatre (Battle of the Bulge), and the Asiatic-Pacific.
Mr. Young married Elizabeth “Bettie” Pearl Garner and they had two children, Dennis H. Young and Jacqueline “Jackie” Fortunato. Mr. Young worked for the Durango Herald as a pressman for 43 years. Throughout his career he mastered the increasingly sophisticated print processes from hot type letter setting to off-set printing to computers. He retired from the Herald as head pressman on March 28, 1989, and thereafter he and Bettie moved to Rangely, Colo.
In his youth, Mr. Young enjoyed training and riding race horses, and he also appreciated a fine trail horse, a good pack animal and a campsite in the back country. He was happy when he could take one of his grandchildren off on a fishing venture, whether fly fishing in the high country creeks or lake fishing at Vallecito. With his wife, Bettie, they maintained a prize-winning vegetable and flower garden, treating family and neighbors to a bounty of vegetables and floral bouquets.
Mr. Young was extremely proud of his grandchildren Lisa Fortunato Rodwald (husband Bryan), Brian Fortunato, Paul Fortunato (wife Jessica) and Deck Shaline (wife Diane); and of his great grandchildren Mason Fortunato, Cora Thomas, Roman Fortunato, Kayla, Angelina, and Carmella Fortunato, Brendon and Madeline Shaline, and Jacob Rossbo.
Mr. Young was preceded in death by his wife, Bettie; sisters Mildred Leona Young, Marjorie May Watt, Maxine Paulek, step sister Norma Jewell Butler and brothers Leo Clifford Young, and George H. Young, and Grandson Deven Shaline. He is survived by his son Dennis Young (wife Karen) of Durango and his daughter Jackie Fortunato (husband George) of Rangely, his sister Norma Jean Yeager of Durango, Colo., and brothers Earl C. Young of Aztec, N.M., Roy E. Young of Montrose, Colo., and Paul K. Young of Searcy, Ark.
Services for Willis Young will be held at the St. Ignatius Church of Rangely, on Friday, May 29, 2009, at 11 a.m., and he will be laid to rest next to his beloved wife, Bettie, in Rangely. 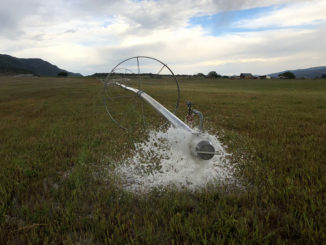