This week’s Herald Times features a coupon for half off tickets. 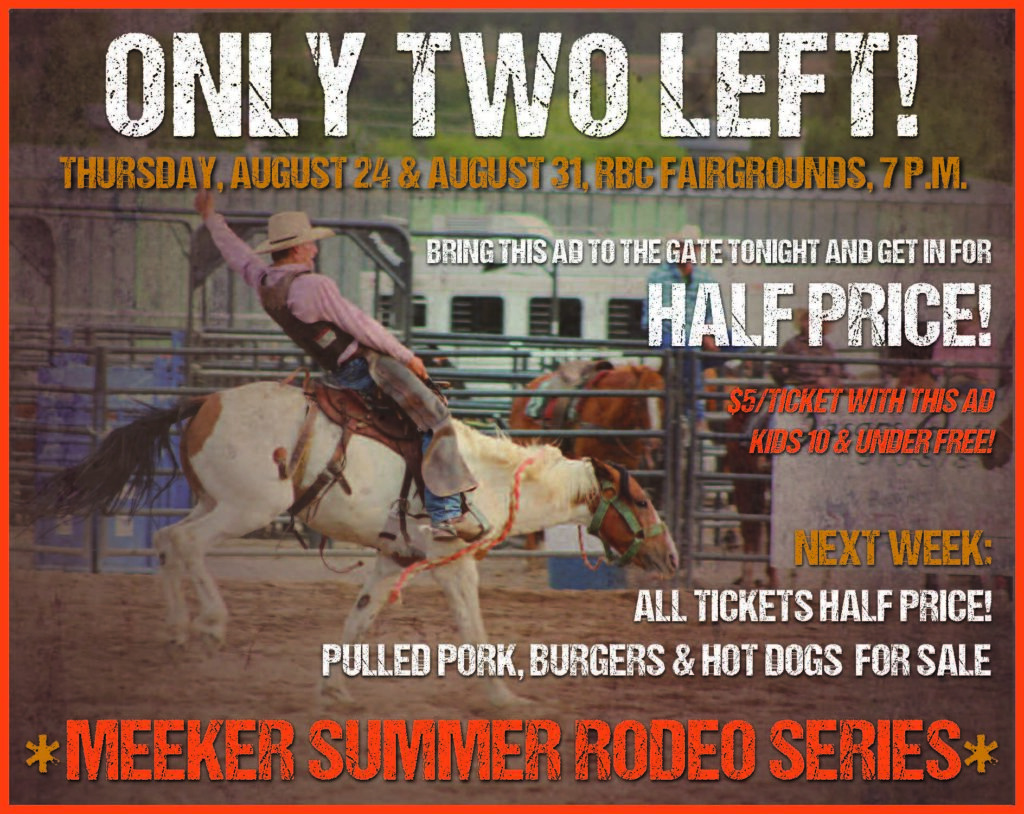 The Splotch: In a rural Eastern Plains community plagued by drought, stigma won’t be easy to overcome

Listen to this post EADS | “The Splotch,” as some here call the brown mark on the map they check weekly, is the color of scorched earth. Here in Kiowa County, farmers have always relied […]

Listen to this post MEEKER | Meeker’s Summer Rodeo contestants have only two performances left in which to achieve a possible championship in their summer events, Aug. 23 and the final performance Aug. 30. At […]

Separating the good from the bad in Rio Blanco bugs