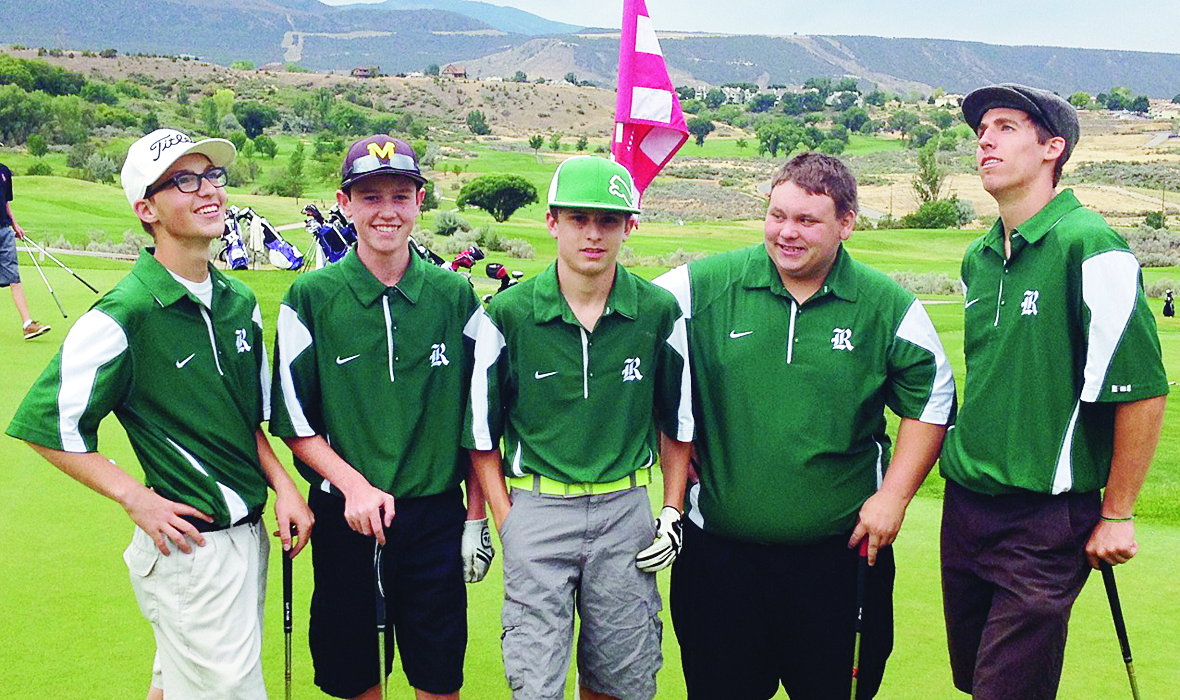 RANGELY | School starts next week in Rangely, but the high school golf season has already begun and the Rangely varsity team will have already played in four tournaments before the first school bell rings.
Ten players are out for the team and a playoff at Cedar Ridges Golf Course determined the five varsity players for the first two tournaments. The team included two players from Meeker, sophomore Nick Burri and incoming senior Calvin Shepherd.
Burri had the second-best score in the varsity playoff behind Rangely junior Marshal Way. The two young golfers from Rio Blanco County also had the best scores on the team at Battlement Mesa, where Way shot an 82 and Burri a 95.
The duo also led the team at Lakota Canyon in New Castle, where Way dropped a stroke and shot an 81 and Burri took off five to finish with a 90.
“With the addition of Nick and the improvement of some of the other guys, I feel like we will be a lot more competitive with our team scores this year,” head coach Eric Hejl said. “Things have gotten a little wobbly at times, but that’s just golf. For the most part, I feel like the guys are on the right track and I think we’ll be right where we want to be when regionals rolls around.”
Also making the varsity team for the first two tournaments were Rangely senior Andrew Morton and junior Robert Dunker.
Another team playoff was played Tuesday to determine the varsity team for tournaments in Gypsum and Rifle.
“We got an early season look at the course for regionals when we played at Gypsum Creek (Tuesday) and we play in Rifle on another tough course,” Hejl said. “I’m really looking forward to getting lots and lots of hours on the course, competing and practicing with these guys over the next few weeks and just seeing where we end up.”

RANGELY I As the result of an election Monday, Andy Shaffer will be the town’s new fire chief, replacing Mike Cushman. “I’m excited to get in there with a fresh start,” said Shaffer, who will […]

RANGELY I Thanksgiving dinner preparations were underway last November when Rangely’s Wendi Gillard noticed she couldn’t smell the homemade cranberry sauce simmering on the stove or the turkey roasting in the oven. Or anything else.  […]