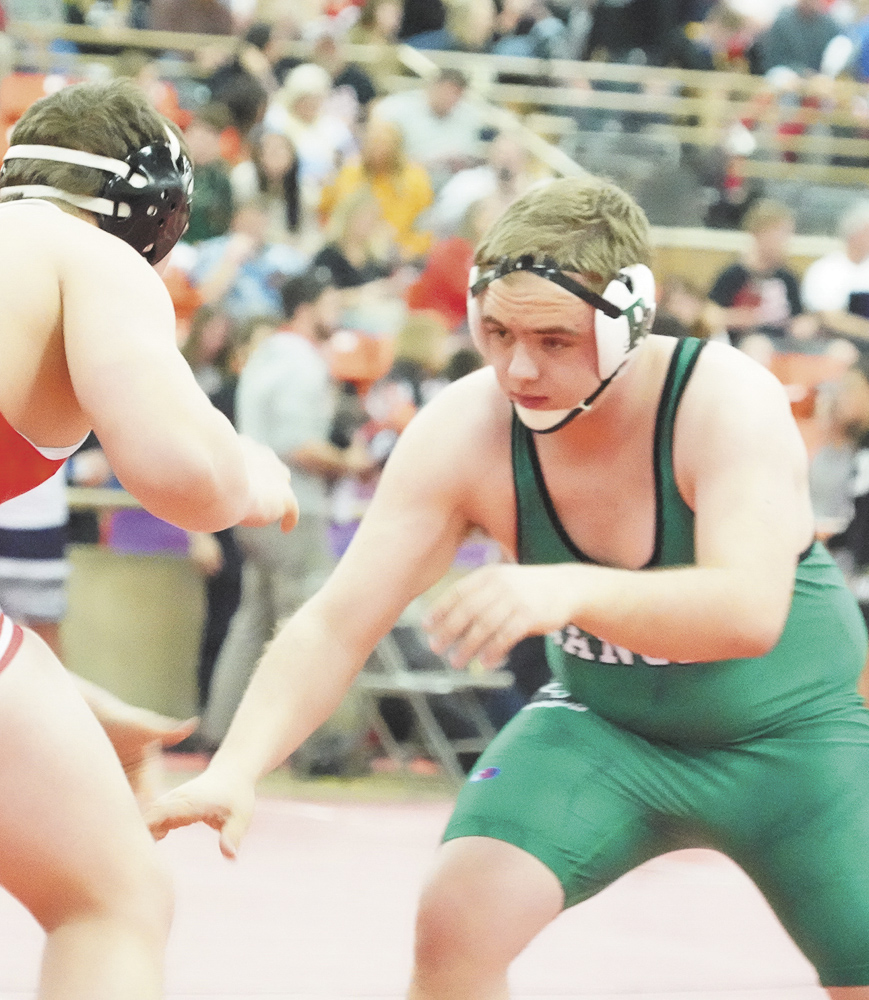 RANGELY | This weekend the Rangely Panther wrestlers competed in the always difficult Tournament of Champions in Vernal, Utah. This year was a record-breaking year for the tournament as 38 teams competed from Utah, Wyoming and Colorado.

“We sat down with our very young team and decided what guys would benefit best from the JV and varsity brackets. We wanted competitive matches,” said head coach JC Chumacero. “We decided to enter seven into the JV side. Just because it is a JV tournament does not mean there is a lack of competition. A lot of the teams come from very large schools and have a full roster plus one or two more. The competition at this tournament is very difficult.”

Between the JV brackets and Saturday’s second chance tournament, the Panthers came up with a few wins but also came up short with a few guys.

“All the matches were pretty competitive and that was what I was looking for, we are learning and growing,” Chumacero said.

Colton Stevens (113), Sage Rhea (145) and Kasen LeBleu (152) came up short of wins at their first Tournament of Champions. The matches don’t affect head to head or positioning at regionals.

“It’s a big, intimidating tournament to come into as a freshman. I am happy with how they wrestled,” Chumacero said.

“These are three guys we have been struggling with to get their confidence up. They looked like different wrestlers this weekend, and to come up with a win in this tournament should be a booster for them. They wrestled very well.”

Junior Anthony Garner (160), who hasn’t wrestled a tournament since this exact time last year, competed for the first time this season. Garner finished the day 3-2 with a fourth-place finish.  Three Panther wrestlers competed in the varsity bracket. Senior Dalton Dembowski (220) came up short of a win in the varsity side but secured a win in the second chance tournament.

“Dalton is looking better week to week. It is his senior year and he understands how important each match is,” Chumacero said.

Sophomore Byron Mackay (HWT) was only one match away from earning his first TOC medal. “Mackay is right there, hanging with some very good wrestlers. He just seems to get better every week.”

Sophomore Zane Varner (145) hasn’t slowed down after the break, going 4-2 and earning a seventh-place medal. He won his first two matches by pin. His third match of the tournament was a tough draw against number one seed from Unitah August Harrison. He ended the first period up 4-3 and ended the second down only four points. He lost some points in the third and ended up losing by major decision. Harrison ended up being the 145 runner-up.

Varner won his first consolation match of Saturday once again by pin. This put him into the medal rounds.

“We lost in the consolation quarters putting us into the seventh and eighth place match,” Chumacero said. “He just got caught in an upper-body match. Not taking anything away from his opponent, but I think it would have been a pretty close match if we wouldn’t have got thrown.”

Varner ended the tournament against regional foe Harley Workman from Norwood. This match came down to the final seconds but Varner walked away with a 6-5 victory, and head to head. “These young men continue to impress me week to week. They wrestled tough in a very hard tournament,” Chumacero said.

The Panthers are competing in the Rifle Duals this weekend.