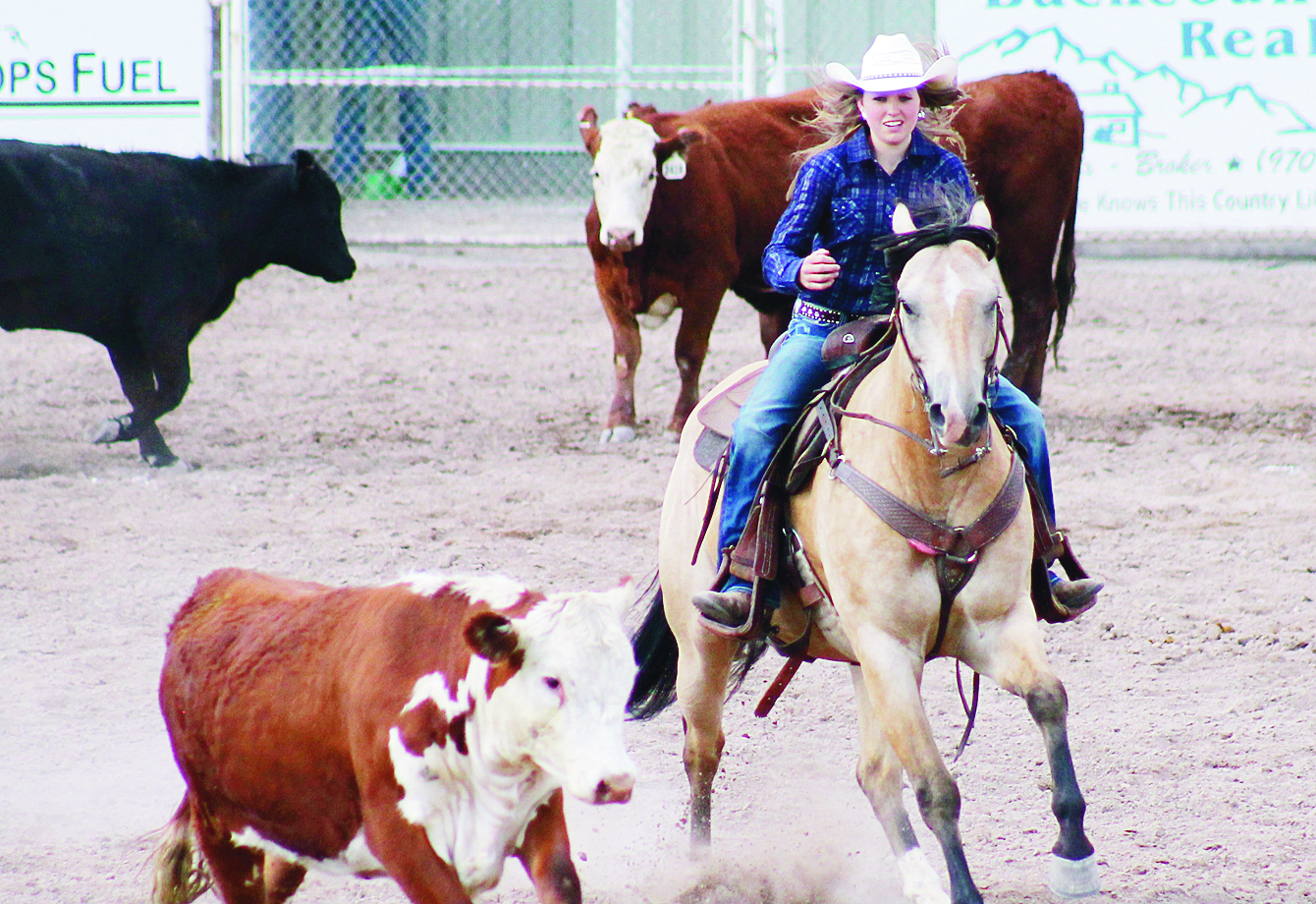 RBC | The Rio Blanco County Fair kicked off its horse competition Friday night with the working cow horse competition followed by several team roping events.
Belt buckles were awarded to the winners of four different ropings, followed by a jackpot roping for money. There was a great turnout as each event showcased 50 to 75 teams.
Saturday morning began with halter classes for horses, as well as pee wee events on the track. The day continued with a variety of horsemanship classes, English equitation, pleasure, trail and ended with the speed events.
The annual Ranch Horse Competition had 12 participants taking their best eight scores out of the total 10 events. This year the contest was closer then ever as the lead changed at least four times throughout the two days.
When the final scores were tallied, there was a tie between three-time event winner Kelsey Tate and the youngest participant, Lori Ann Klinglesmith. The two placed in the top three in 15 of the 16 counted events with only one fourth-place finish calculated between them.
Both had solid performances in the Friday night team roping competitions, but Klingsmith edged Tate in the working cow horse contest, building up for the exciting action that turned out to be a head-to-head contest in all 10 events.
Tate finished higher in the speed events, and the two tied in the trail course, leading to an overall tie. The first tie break is the trail course designed just for the working cow horse competitors, so the two were still tied, the second tie break was written in the book as the finish in the working cow event, giving Klinglesmith the win.
It is tradition in the rodeo world that upon winning a saddle for the first time, the winner is dunked in the horse tank. Tate carried Klinglesmith to the tank and ensured she was properly initiated.
The fair continues this week through Saturday evening, and, if the excitement of the horse show carries into the rest of the fair, it will certainly be one for the books.

Letter: Departing editor will be missed

It is so sad to read about Jeff Burkhead leaving. He has been such a great booster of both communities and especially for the White River Museum and our local history. On a personal note […]

MEEKER I Cowboy sophomore Justin Hardy wrestled in his first tournament of the season and finished third in the Delta Invitational, where five teammates also placed in the top six. “It was a tougher tournament […]

MEEKER I How many people can say they have had the same best friend since first grade? Norma and Betty Oldland share far more than a last name.