RBC — Rio Blanco County commissioners and staff have a better idea of residents’ likes and dislikes after hearing the results of a countywide survey.
Download Survey Results | Download Survey 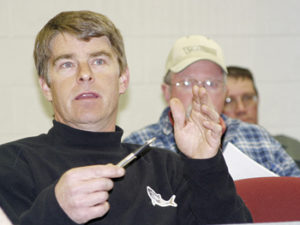 Listen to this post RBC I Celebrate a country Christmas at noon on Saturday, Dec. 11 at Lodore Hall, Brown’s Park. Enjoy a free dinner consisting of turkey and ham with all the trimmings.

Listen to this post RBC I Military veterans can qualify for a higher Social Security payment for active duty from 1957 through 2001 (the program ended Jan. 1, 2002).