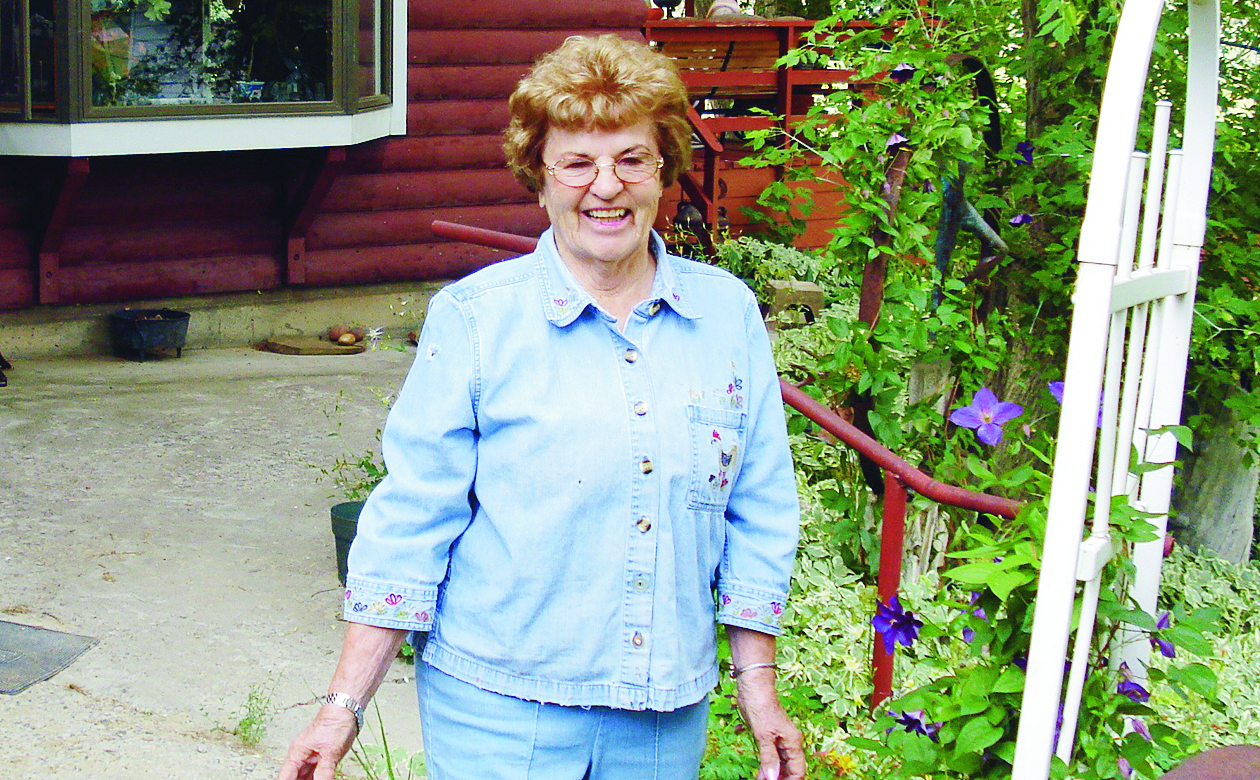 MEEKER | Every now and then an opportunity comes along that rejuvenates the idea that the West is still alive and that there remains a way to make a living in the cattle business.
Few ranches remain as they did over a hundred years ago, but the Oldland Ranch on Piceance Creek has not only survived the ever-changing ways of the world, but flourished. This is largely due to the strength and character of the people who run it now and those who started it over a century ago.
On a recent tour of the vast land, cow camps and homesteads on the ranch, it was apparent the amount of work that goes into managing such an operation.
Perhaps even more amazing is that it is done by the matriarch of the family, Norma Oldland, son Jerry, daughter-in-law Stephanie, her daughter, Chris, and her husband, Tim Uphoff, and their son, Coe. They have a couple hired hands, but the work they put in is never-ending.
In fact, Norma, now 84, still drags all the fields and drives to feed hay to one bunch of cattle in the winter months as Stephanie does the same as well as raking the hay. They somehow find time to keep a beautiful yard around their homes, which are where the original homesteaded home was.
Chris served as tour guide, knowing the endless roads over the top of their summer country and down to the trail off the opposite side of Piceance into Debeque, where they used to push cattle to be sold and put on a train. 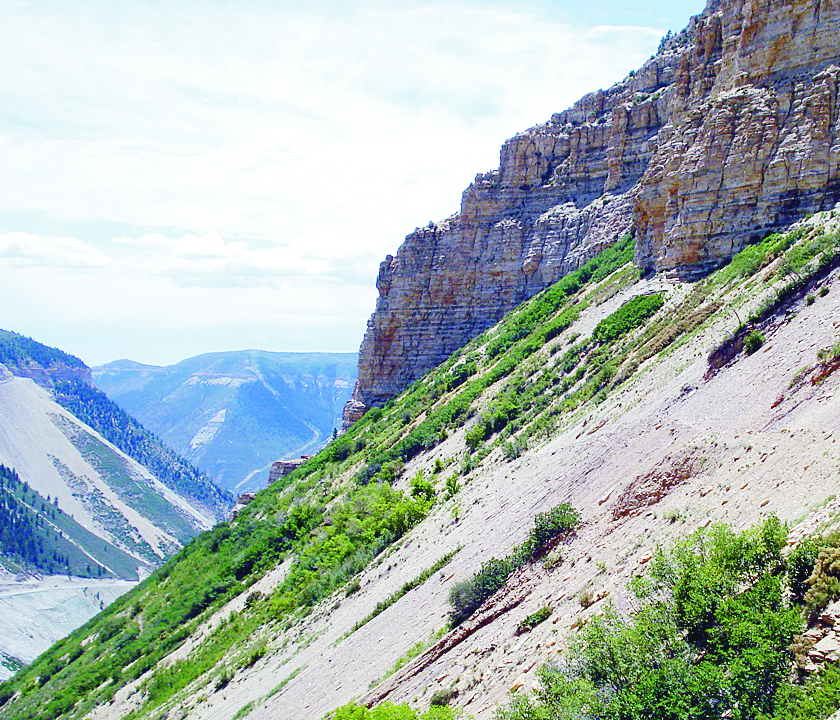 The trail is a link to the ways of the old-time cattle drive that would take several days just to gather the herd, sort the cattle and head off the mountain on a steep shale trail that only the finest and gutsiest cowboys and cowgirls could conquer.
Norma went along on the ride in 1948, after marrying Rueben Oldland,and she remembers it clearly. When asked how far it was to Debeque she said, “It seemed like 100 miles, but it is probably about five.”
Norma attended the tour and knew all the country from riding it, driving it now and simply living on it for so many years. The top of the mountain is now filled with the rush of new energy, with traffic going to check wells, dump trucks and semis building and maintaining sites and roads that were once two-track four-wheel-drive roads, now graveled and large enough for two cars to pass.
Impressive are the personal relations skills of the Oldlands. They don’t speak negatively about the changes, just that they have been made, and they get along with new people coming in, bringing new regulations and wanting to experiment and monitor everything from watershed, to bald eagles, to sage grouse.
The Oldlands manage to fit time in to meet people, help map the areas and even take a day out of their busy schedules to show visitors intrigued by the history.
Chris had lunch prepared for all at the summer cow camp, and we passed Jerry and Coe working in the hay fields on the way up. Tim was busy fixing fence where a couple of their 64 bulls had broken, and Norma told us stories of the early days on the ranch.
The family has approximately 950 cows. They winter in their lower country, near their homes, where they have their calves, then begin pushing them to the summer country in the spring.
The large area of land is divided by three cross fences, maximizing the land use while managing it to ensure it comes back to potential year after year.
They have several hay ground areas, they irrigate and put up hay, all in time to let it recover to allow for fall and early spring grazing.
The logistics of simply moving their cattle is a feat, but add in the 50 miles of fence to maintain and the hundreds of tons of hay to put up, the ever-changing regulations and monitoring, and throw in the weed eradication program Chris heads for the entire area, and it makes enough work for 50 people.
Jerry, Stephanie, Norma and Coe stay in the hay fields and lower country during the summer while Tim and Chris stay in the summer camp, riding via horseback, ATV or OHV to check the cows.
The camp is two hours from town, so supplies are bought to last, and the family helps out, bringing what they need when they can.
In evaluating the success of this long-standing ranch, there are three key factors — strength of family, an unmatched work ethic and progressive ideas from the very beginning.
When the Oldland Brothers began the ranch, Rueben, Walter and Ernest had the foresight, guts and ability to communicate. They homesteaded the initial land and acquired more by simply surviving and purchasing the land of so many others who could not make it in the unforgiving country that became their home. They started their families and instilled a foundation of integrity, hard work and perseverance that has been handed down now four generations.
The ranch blends the old with the new, but perhaps the most inspiring aspect is the kindness and contentment they show through their way of life.
The welcoming hospitality was uplifting, and the day spent there showed there are still people who believe and live by the value of a person’s word, and the land they manage is as big as the hearts and memories of the people who run it.
The Oldlands have not only managed to keep their ranch thriving, but are very involved in the community as well — from P.E.O, to the Rio Blanco Historical Society, to more than 30 years on the school board. They have made time to help.

Listen to this post How do you measure the success of a new community project? By talking to the locals who actively participate or by taking count of the number of people who take advantage […]

Listen to this post The rockslide in Glenwood Canyon produced an impromptu opportunity for all our Rio Blanco County boosters to get a new campaign up and running. Although the road may be repaired sooner […]

Listen to this post MEEKER | Back in 1955, Meeker was a pretty self-sufficient community, home to multiple drug stores, clothing stores, and several grocery stores. That was the year Tom Watt opened Watt’s Ranch Market, […]