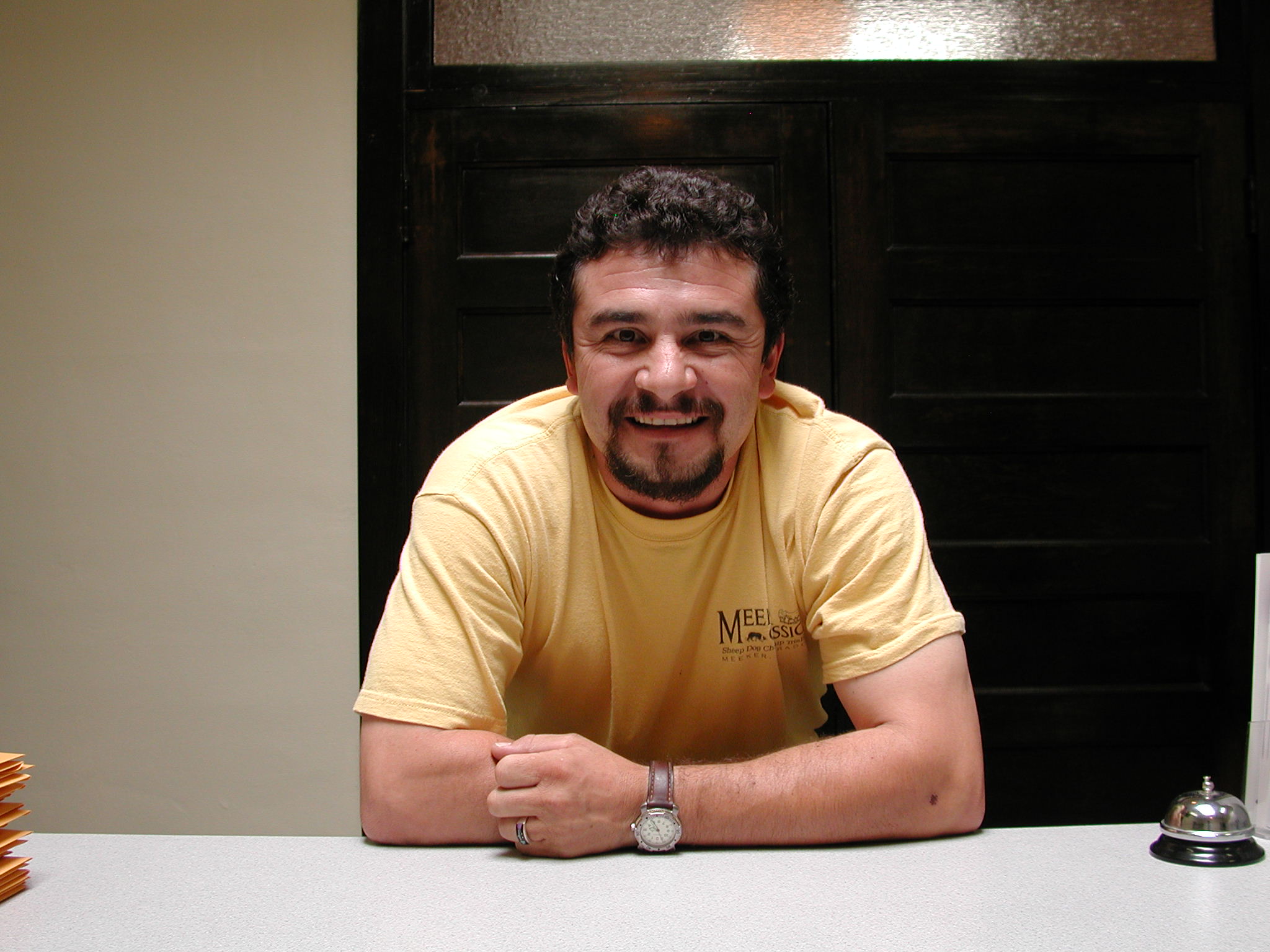 Here we go again — I hope to have even more fun this time and I’m thankful to Mitch Bettis for another chance to be the editor, or as my predecessor wrote, “the caretaker” of the Rio Blanco Herald Times.
I offer a sincere thank you to Jeff Burkhead for the great job he did while at the Herald Times. Jeff will be a hard act to follow, I will not be as prolific a writer as he but I do like to take pictures of our area and most importantly its people. I always carry a camera with me.
I’m excited about this opportunity and the fact that I will be more involved covering the happenings in Rio Blanco County again.
I was born and raised in Meeker and have lived within a 100-mile radius (except for two years of college in Gunnison, before transferring and earning a business degree from Mesa State College in Grand Junction) of it, all of my almost 50 years.
I’m married to my best friend Wendy, who owns and operates Wendll’s Wondrous Things, located downstairs from the paper’s office in the Hugus Building in downtown Meeker. More than a year and a half ago, we opened Cuppa Joe, a coffee shop in the back of Wendll’s. I have really enjoyed playing “barista,” and I hope to still open a couple days a week, it’s a fun way to start my morning.
Between us, we have three grown children and four grandkids. We all have a lot of titles but two of my favorites are Poppy and Pop Bob.
I love Rio Blanco County, its towns, its mountains, its namesake and most of all, its people.
Officially, my first day back was supposed to be this past Monday, so I decided to drive to Rangely for lunch (at Los Tres Portillos) and say hi to some folks last Saturday. When Mitch first bought the paper in 2001, I started driving to Rangely on a weekly basis to sell ads, I accepted the fact it took one hour to get there, no matter how fast I drove, so I decided I would drive the speed limit and enjoy the scenery. I always see something new and this last trip about 15 miles down river, I drove up on a herd of sheep, being trailed to the lower country by Butch Theos.
It brought back childhood memories. My dad, who passed on more than 17 years ago, was a sheepherder for Lee and Chester Watson in Rio Blanco and Moffat counties for more than 30 years. Growing up, my brothers and I always helped trail sheep in the spring and fall.
The memories made me smile and think of my dad. One of my fondest memories is when my dad told me that whenever he made eye contact with someone he tried to make them smile.
“You might give them the only smile they get that day and it doesn’t cost you anything,” my dad told me.
I practice it everyday, adults are pretty easy, one usually only needs to smile. Little kids can be tough though, making faces or playing peek-a-boo usually works but I have other tricks too.
The Herald Times is the second oldest weekly newspaper in the state of Colorado, as the Steamboat Pilot published its first edition a couple of weeks before the Meeker Herald in fall of 1885. The Herald Times has been printed weekly for more than 125 years, made possible by the staff (team), which has included folks like Tonya Morris and Deb Pettijohn for several years.
When I recently asked Tonya how she felt about the changes at the paper, she responded quite quickly:
“Deb and I are excited we don’t have to train a new editor (little does she know), we counted the other day and we have worked here through five publishers and nine editors, including you twice now.”
The publishers were: Sureva Trowler, Mike and Lisa Cook, Glenn and Donna Troester, Kerry Murdock and Mitch Bettis, all but Murdock were editors along with Steve Anderson, Lois Wymore, Burkhead and myself twice.
Tonya, if you are unaware, is the “layout” person. Tonya builds the ads and puts the paper together before sending it over the Web to the printer. Deb is our office manager, a stickler for details and she is also a great reference. When talking about previous publishers and editors, she stepped out of my office and returned a moment later with an original copy of the April 23, 1992 edition of the Meeker Herald, which had photos of previous publishers, all with the last name of Lyttle or Cook before Sureva Towler bought the paper that year.
“I just save some of these issues,” Deb replied when asked where she got the paper.
One of Deb’s many duties includes the legals and classified section. Niki Turner and her daughter Caitlin Walker (who is with child), are also key team players. Niki writes for the paper and is also our chief proofreader. Caitlin is in charge of customer service and billing. Columnist Dolly Viscardi has also been with us for several years.
I’m very thankful to Mitch for his confidence in me, asking me to step back in and I wish Jeff the best in his new position.
I look forward to seeing everyone, up and down el Rio Blanco.

Listen to this post MEEKER I “This event will continue to grow in popularity,” local golf pro Jim Cook said of the Xcel Energy Luau, played last Saturday at Meeker Golf Course. “It’s a really […]

Listen to this post As directed by state law, the county assessor is responsible for valuing all property in the county. During intervening years, only property owners who have a valuation change will receive a […]