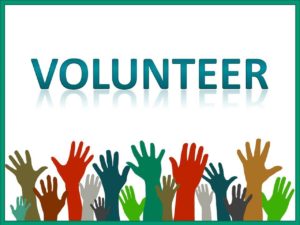 RANGELY | This summer Rangely lost a volunteering pioneer, someone who was “at the ready” for her community. Peg Rector was a community member whose life was dedicated to making a difference, volunteering on several important boards that helped make Rangely, Rio Blanco County and Northwest Colorado what it is today. Rector encouraged others to get involved and donate their time.

“The key,” she said, “was getting people to work together.” That spirit is needed now more than ever, as Rangely is seeing is a lack of volunteerism. Research has shown that while more than 90% of us want to volunteer, only one out of four Americans do. Did you know there is a relationship between volunteering and improved physical health and cognitive function? Research also shows that volunteers report elevated mood and less depression, and that volunteers report increased social interactions and social support, better relationship quality, and decreased loneliness. If most of us want to volunteer, and we believe it is good for us, why aren’t all of us volunteering?

Three common barriers to volunteering are a lack of spare time, people don’t have information about where to volunteer, or if they do, the jobs are not meaningful or purposeful and one out of four people say they don’t volunteer because no one asked them to. The problem isn’t just here; it is plaguing the entire United States. Data collected by the U.S. Census Bureau and Bureau of Labor Statistics, the report, “Where Are America’s Volunteers?” shows that since 2005, the national volunteer rate declined from 28.8 percent to a 15-year low of 24.9 percent in 2015. Similarly, the percentage of Americans giving to nonprofits annually declined from 66.8 percent in 2000 to 55.5 percent in 2014.

To combat these barriers, most boards meet in the evenings so as to not interfere with work schedules. Those who do volunteer don’t necessarily have the time; they just have the heart. Volunteer opportunities can be found just about anywhere. Ask local non-profits, visit with elected officials, or check with city and county websites for open board positions that need filled. From a distance, some volunteering prospects may seem boring or unimportant until you actually become involved and see the inner workings of that organization. The excuse of not volunteering “because no one asked” no longer counts: this is your invitation, these non-profits and boards need help to thrive.

For several months the Rangely Development Agency (RDA) and the Rangely Development Corporation (RDC) have had vacant seats. The goals and objectives of the RDA are to undertake programs and activities for the elimination and prevention of blight areas in the community. Such programs and activities, among other things, shall lead to the revitalization and growth of the business district, create an atmosphere that fosters entrepreneurship among local businesses and residents, and has as the final goal the increased health and prosperity of the entire Rangely community, all in cooperation with the private sector. The RDC is organized and operates for charitable purposes within Section 501 (c) (3) of the Internal Revenue Code of 1954. The RDC will relieve economic distress and prevent community deterioration through assisting and promoting growth and development of business concerns in the Western portion of Rio Blanco County. These organizations are integral to the growth and success of our community’s economy and well-being. They usually meet on the third Thursday of the month at 7 p.m. For more information about the RDA/RDC or if you would like to apply for one of these vacant seats please contact Rangely Town Manager Lisa Piering at 970-675-8476. Winston Churchill once said, “We make a living by what we get. We make a life by what we give.”

Listen to this post MEEKER | “From the looks of the crowds and the parking lot it was a good one for attendance,” said Meeker Classic director Maym Cunningham of the 32nd annual sheepdog trials. […]

Listen to this post On the morning of Saturday, June 8 approximately 100 community volunteers and Chevron staff from Rangely and Houston, Texas, replanted the banks of the White River near Rangely with 500 saplings. […]