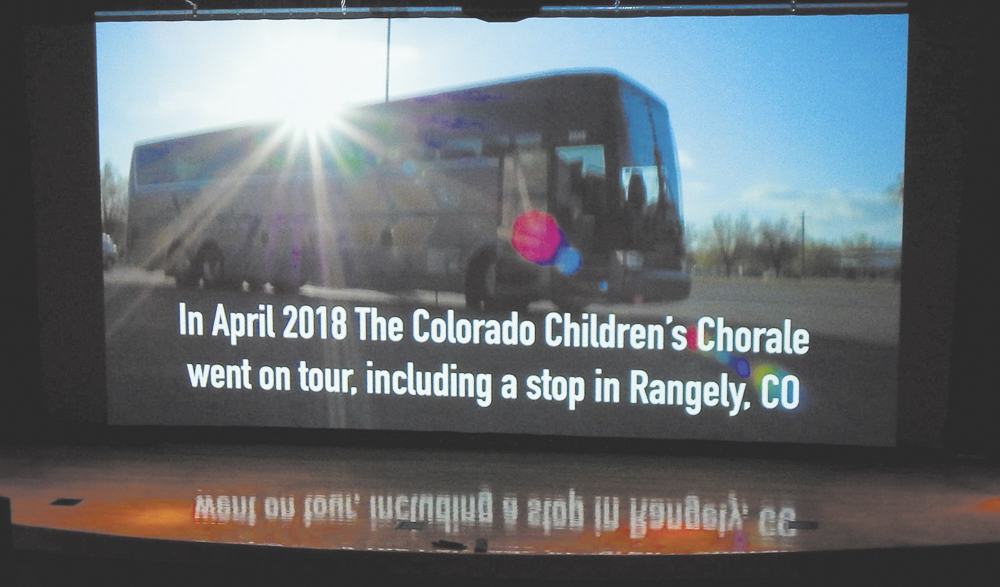 “Spring from the Tank,” a premiere screening for a short documentary featuring Rangely’s The TANK Center for Sonic Arts and the Colorado Children’s Chorale, was held in the Rangely Jr./Sr. High School auditorium on Monday, Jan. 27 for the community. Film producer Donald Zuckerman of the Colorado Film Commission, TANK volunteers, and Rio Blanco County Economic Development hosted the intimate gathering. Audience members enjoyed the TANK pizza from Giovanni’s Italian Grill and TANK shaped cookies provided by White River Bakery while viewing the film. “Spring from the Tank” was produced by Colorado Mountain College’s digital media and graphic design program. Professor Brian Tinker and former students who worked on the project in 2018 answered questions from the audience afterwards. The film has been submitted to Colorado PBS for review in hopes that it will be aired on the channel.