RBC | Hey Rio Blanco County! It’s been about two years since you have seen the likings of me. Some of you might have wondered where in the world did he disappear to? Well for the past two years I have been living on the other side of the world in a beautiful place called the Philippines. During these two years I was serving as a missionary for The Church of Jesus Christ of Latter-day Saints in the Philippines Laoag Mission, which meant not only was I teaching people the gospel I believe in, but I was interacting and learning the culture of the Filipinos. This culture is something that I love and wish more people could experience. But for me, I had to start with humble beginnings in order to appreciate this culture.

Due to the delay in my visa acceptance, I had to serve in Oregon until Sept. 11, 2018, before I was able to go to the Philippines. At that time, I didn’t realize that one of the most memorable days in U.S. history (9-11) was going to be the beginning of one of the greatest adventures of my life. Little did I know, the Philippines was preparing for a super typhoon which was the exact location of the Philippines that I was going to, the northern tip of Luzon.  Right away, I was already going to face one of the many challenges that  Filipinos face every year. The typhoon beat down hard on the Philippines, tearing apart homes and power lines. The first lesson I had to learn was to endure the effects of the typhoon, which made me face my first month in the Philippines without electricity and running water. Along with the challenge of the lack of the fine commodities that we simply take for granted, I was still beginning to learn the language of Tagalog. As if I thought it couldn’t be any harder, most of the people that I had interacted with were speaking their mother tongue, Ilokano. Needless to say, my first month was some of the hardest times I had ever gone through. Learning how to adjust to problems that I simply had no control over, trying to understand what anyone was saying, and dealing with the effects of homesickness. But thanks to some of the most amazing people I have ever met, I learned how not only to overcome the challenges that life had presented but learned to love my neighbor even if I had never met them.

In my humble opinion, I would dare say the Filipino people are by far some of the nicest and most loving people in the whole entire world. Despite all the challenges that they face, they are always willing to lend a hand to those who are in need or struggling. Filipinos are known for their hospitality and have a genuine love for strangers. If at any time I needed help with learning the language, culture, or simply directions, the Filipinos were always happy and excited to help. I was even invited by a group of strangers regularly to come eat with them even if that meant to eat a small merienda (snack). Even when I was sick, they were always directing me what I needed to do in order to get well. Sometimes I was in awe of the kindness and measures that they would go to just to make my experience better, despite all of the hardships they were facing. And they always did it with a smile on their face. Always inviting others, whether it was to sing, play basketball, birthday parties, they were just happy that they could include you. This is probably why I was able to adjust so well and come to love these people so much because of their love for me. It was truly amazing. Learning the language was hard, but with their loving and joking attitude it became more bearable and even fun to take on this hard task. I absolutely fell in love with their language, their culture, and with the people due to this love that they so willingly share with others. After that first bump in the road, I was able to learn and grow. It has allowed me not only to improve my own character but also opened the gateway into relationships that will last for a lifetime. For the rest of my mission, I continued to build and develop these relationships as I continued to serve my fellow man and try to make their lives happier as well. Which was a privilege I am so glad I had.

My time planned to be with these wonderful people came to an abrupt end. Due to the COVID-19 pandemic, all of us foreign missionaries were forced to evacuate out of the country. There were many challenges that we faced, including crossing borders to other provinces, finding a way to fly us out, finding places to stay during our wait, all while fighting against time. We were given 72 hours to leave the country but by the grace of God and by the leniency of the Filipino government, we were given a couple more days to leave. Before we were flown out we gathered at the Manila Mission Training Center where I reunited with  Josie Drussell of Meeker, who was serving as a sister missionary in the Philippines Baguio Mission. Thankfully, we were safely evacuated and were able to come back home.

After being home for a month now, I still have mixed feelings about the fact that I am home. I have absolutely loved being home with my family but I still feel I left a bit of my heart in the Philippines with my second family which I love so much. I currently struggle to speak only English but am still practicing talking in Tagalog and Ilokano to my fellow friends on the beautiful isles of the Philippines. I absolutely love them and will hold on to the things that I have learned from them. My experience there has shaped me into the person I am today. I will never forget them and cherish my experience there always. Mahal na mahal ko yung Pinas at lagi na may lugar sa puso ko! Or in other words I really love the Philippines and it will always have a place in my heart. 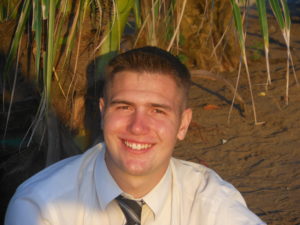 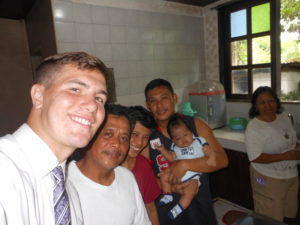 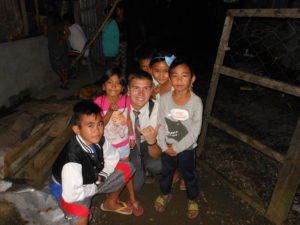 By TROY ALLRED | Special to the Herald Times

CRAIG I The Church of Jesus Christ of Latter-day Saints Craig Colorado Stake will hold a service project July 31 to help at the Winding River Ranch in Grand Lake, Colorado, from 9 a.m. to […]

[responsivevoice voice=”US English Female” buttontext=”Listen to this”] The Church of Jesus Christ of Latter-day Saints, Meeker Ward, is pleased to announce the seminary graduation of seniors Zach Harman, Ridge Williams and Brynlee Williams on May […]