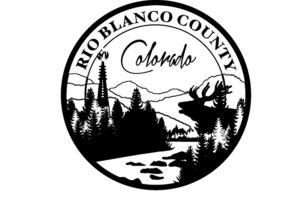 RBC | During the regular meeting of the board of county commissioners on Tuesday, Aug. 13, the board named Leif Joy as the planning director following the resignation of former planner Rachel Gates. The planner position was advertised in July and several candidates responded, according to RBC Human Resources Director Laura Smith. Joy also serves as the county surveyor and Geographic Information System (GIS) manager.

The board also approved a letter to Chris Sturm, stream restoration coordinator of the Colorado Water Conservation Board, in support of the 2020 White River Algae Study, approved a letter authorizing the Meeker Lions Club to serve liquor at the Meeker Mustang Makeover on Sept. 6 at the fairgrounds from 3-10 p.m., and at the downtown pavilion on Sept. 7 from 3-11 p.m. for the Jammin’ Lamb barbecue, approved agreements with both broadband providers that in the event customer changes provider, outage time during the transition will be minimized and approved a resolution opposing Colorado’s proposed zero-emission vehicle rule.

Commissioner Gary Moyer said he was headed to Denver Wednesday to testify in opposition to the proposed rule.

Road and Bridge Director Dave Morlan said the cost of having USDA Wildlife Services on hand to tackle nuisance animals is “money well spent.” The county landfill was experiencing problems with ravens and crows.

In commissioner updates, Commissioner Si Woodruff said he’d been at the Rangely Airport and in discussion with CNCC about necessary repairs.

Commissioner Moyer said he met with a timber buyer interested in harvesting timber on the Flat Tops and listened to a conference call about the modernization of the endangered species act.

“Industry is backtracking because they’re afraid what’s going to happen with the state,” he said, adding that he has met with some of the upper management of industry officials in the Piceance Basin and told them “our goal is to do this basin by basin; make restrictions and regulations basin specific.”

Rector said he also fielded a lot of questions about the fair, and said, “Change is good, but it’s scary for people.”

RANGELY I This year’s Brett Stearns Memorial Scholarship was awarded to Craig resident Audria Herrera. The $1,000 scholarship is awarded yearly to one student selected by the CNCC Foundation Scholarship Committee. Audria was selected based […]

RBC | Attorney General Phil Weiser announced today that the Colorado Department of Law will award $500,000 over three years to Colorado Northwestern Community College (CNCC) to start a cybersecurity degree program. The grant will […]