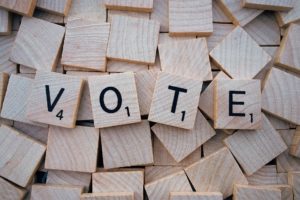 RBC | Mail ballots went out to registered voters this week in advance of the Nov. 5 election. The “blue book” with arguments for and against state ballot issues Proposition CC and Proposition DD went out earlier this month. Local issues, one for Meeker residents and two for Rangely residents, will also appear on the ballot. Here’s a breakdown of ballot items.

In 1992, Colorado voters approved an amendment to the state constitution that came to be known as TABOR, the Taxpayers’ Bill of Rights. In short, TABOR put limitations on tax dollars the government can collect and requires voter approval for any tax increases. Funds raised in excess of the TABOR formula were to be returned to the citizens. It’s arguably the strictest spending restriction on any state government in the U.S.

The passage of Referendum C in 2005 gave the state a 5-year window of reprieve from the strictures of TABOR. Since then, TABOR has gone back into full effect. Colorado residents haven’t seen TABOR-based funds returned to them since 2015.

Using language from the original amendment that excluded “enterprises” from TABOR, multiple government agencies have found ways to shift monies into these “enterprises” and collect fees that are exempt from TABOR. By definition, an enterprise is a “self-supporting, government-owned business that receives revenue in return for the provision of a good or service.” Enterprise revenue has increased every year since 2004-05.

2019’s Proposition CC would give permission to the State of Colorado to take all revenue collected that would be returned to residents through TABOR and “keep and spend” the money. While the ballot questions says its passage would “better fund public schools, higher education and roads, bridges, and transit” there’s no specific guarantee where or how the additional funds would be directed. There is language that would require an annual independent audit “to show how the retained revenues are spent.”

Opponents to Proposition CC say TABOR restrictions have kept state spending at bay and given taxpayers representation they otherwise wouldn’t have had. Proponents say making the additional funding available to the government will support Colorado schools, colleges, and transportation needs.

DD, if passed, promises to generate $29 million in new revenue through a 10% tax on net sports betting proceeds and by taxing those licensed to conduct sports betting operations (licensed casinos).

The funds raised would be earmarked for state water projects and commitments and for the regulation of sports betting through licensed casinos.

Proponents of DD say sports betting is already happening, it’s just not being taxed. Opponents say DD amounts to an expansion of legalized gambling beyond the three Colorado communities that have approved it, as people would be able to place bets on their phones.

Money raised through Proposition DD could potentially be applied to projects like the proposed Wolf Creek Reservoir in Rio Blanco County.

Meeker voters will decide whether to continue injecting the town’s water with fluoride on this year’s ballot. The last time Meeker residents voted on fluoridation was “sometime in the 1990s” according to Water Operator and Assistant Superintendent Tobey Willey.

Changes to state regulations for water operators will require additional training and licensing if the town plans to continue fluoridation.

“It’s been done for so long I want to make sure the people of Meeker still want it,” Willey said.

The HT will publish an article about the pros and cons of fluoridation next week.

Rangely voters will decide whether the Rangely Hospital District will get an additional 8 mills from property taxes (from 5.05 to 13.05) for general and operating purposes. Proponents assert that without the additional 8 mills, the hospital will need to start cutting services it provides to the community. Opponents have said in public meetings the hospital needs to find ways to live within its means and have questioned excessive spending in various departments.

The District received mill levy revenue of just over $5 million in 2018. The majority of that is for the repayment of a bond on the new hospital building that was completed in 2013.

Rangely voters will also get to choose two new school board members for four-year terms in a contested election. Running for the board seats are Sarah Hume Nielsen, Nicholas E. Swails, Ryan G. Torsell and Todd Low. See the Q&A with the candidates from the HT here: tiny.cc/RSDelection

I was so sorry to hear Rio Blanco County had a low voter turnout this year. Yet, I somehow expected it. Visiting with family and friends these past few weeks before the election I got […]

RBC | With just a few days to the general election, there are 11 statewide initiatives on the ballot, and one local question. We’re addressing the initiatives to watch that are likely to have the […]

Dear Editor: More than 65 years of research has shown community water fluoridation to be safe and effective in reducing cavities and maintaining good dental and overall health. The Colorado Department of Public Health and […]