MEEKER I After a barn-burning win against county rivals the Rangely Panthers Friday, Feb. 17, the Lady Cowboys traveled to Kremmling to dominate the West Grand Mustangs. These two conference standing wins secured a second place finish for Meeker which earns them a bye for Tuesday night’s pigtail games into the district tournament on Feb. 24-25 in Kremmling. The lady Cowboys will meet up Friday with third seed Rangely and then play again on Saturday. The district tournament games determine which seed the lady Cowboys will advance as going into the regional tournament. Holding steady as one of the teams on the top 10 or on the watch list all season, Meeker is ranked 10th in the state for 2A girls’ basketball. Head coach Greg Chintala noted that the lady Cowboys are “ready to play and in a position we want to be; now it’s time to put it all in.”
Friday’s game in Meeker against Rangely began with the lady Cowboys taking a four point lead in the first quarter, 12-8. Halfway into the second period Meeker cashed in nine points while the Panthers struggled at the rim making only one bucket. The lady Cowboys sealed the first half with a 10 point lead, 23-13. Keeping a lead, Meeker bucketed 10 more points in the third quarter and the Panthers answered with 12 (32-25). Rangely rallied in the fourth to tie up the score 38-38 with a minute left in the game, but the fouls were quickly mounting for the Panthers and Meeker made some free throws to close the game 40-38. Top scorer for the lady Cowboys was sophomore Taylor Neilson with nine, junior Kaysyn Chintala and sophomore Aly Ridings both sank eight, senior Aubrey Walsh bucketed six, sophomore Piper Haney drained three, while senior Kathryn Doll, junior Katie Dinwiddie and sophomore Deena Norell all hit a bucket.
Saturday was another story for the lady Cowboys as they earned a lead and gained steadily through the game. Meeker led 9-4 at the first quarter buzzer, but cashed in 18 points in the second period heading to the locker room 27-8. The entire Cowboy team found the floor and contributed to a dominating 41 point victory to stamp their second place spot at the district tournament. Meeker won their last regular season game against the Mustangs, 60-19. Chintala lead the charge sinking 17 points, Neilson bucketed 11, Walsh and Ridings each drained six, freshman Sydney Hughes had five, Norell and junior Bailey Atwood added four apiece, Dinwiddie, Haney and junior Kacey Collins all contributed a basket while Doll sank a foul shot. Coach Chintala was, “pleased with the team’s ability to win a close game then come out and play from the start the second night.”
Meeker’s junior varsity team played both nights and finished their season out with two more 20 point wins over Rangely and West Grand. All of the lady Cowboy teams thanked their parents and fans Friday night in a ceremony before the girls’ varsity games by handing out flowers and gifts.

Listen to this post The Meeker police and fire departments escorted the Meeker High School boys’ and girls’ basketball teams down Main Street at 9:45 a.m. on Wednesday as they began the long trip to […]

Ladies have great hopes this season

Listen to this post MEEKER I Meeker High School’s girls’ basketball earned another big win to extend their record to 11-1 on Saturday, Jan. 26. The lady Cowboys are ranked No. 8 in the state […] 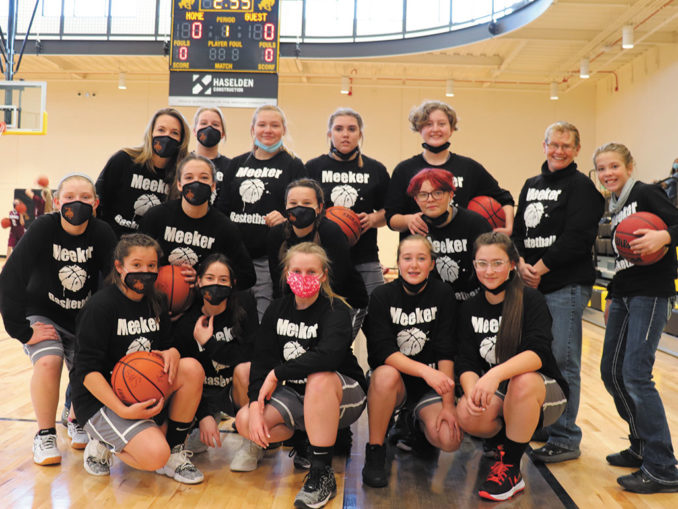 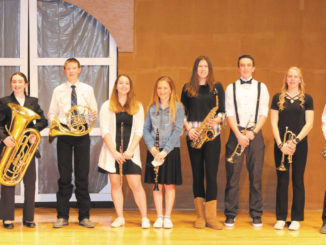