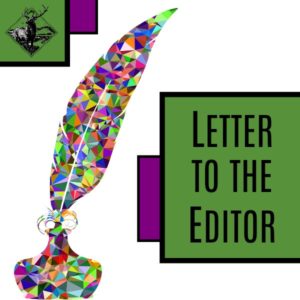 On Aug. 28, Governor Polis spoke at the Colorado Oil and Gas Association’s annual conference. While at the conference Governor Polis dismissed the struggle of the oil and gas industry by labeling their concerns “silly.” Not only did he undermine a keystone industry that is vital to Colorado’s economy, he insulted the families and communities who rely on the oil and gas industry for a living. While this was the first-time many Coloradans saw this blatantly dismissive attitude from the Governor Polis and his administration, it’s something the western slope has witnessed before.

On Aug. 21 the Colorado Oil and Gas Conservation Commission (COGCC) held a regulatory hearing in Glenwood Springs asking for stakeholder input on the implementation of Senate Bill 181. Upon signing SB181, Governor Polis promised it would be “good for the energy industry” and “good for workers,” despite the rushed legislative process which limited input from Western Slope communities and other key stakeholders.

The rule making process established by SB-181 was intended to rectify stakeholder input denied during the legislative process. But at the regulatory hearing in Glenwood Springs, the Polis administration showed its true colors. The governor and his appointees don’t care about the views of the energy industry, energy workers or community leaders who support this vital sector of the Western Colorado economy.

Dozens of people who attended were effectively blocked from testifying because of the way meeting was run by Jeff Robbins, the director of the newly comprised Colorado Oil and Gas Conservation Commission. After planning a tight schedule and giving witnesses specific times to speak, COGCC officials changed the schedule last minute. Public comment periods and expert panels were delayed by hours, forcing many people with work commitments to leave before they could voice their concerns directly to the regulatory agency.

The selection of Glenwood Springs as the location for the hearing further affirms the organizations disregard for the individuals and families who work in the energy industry. By selecting Glenwood Springs, the commission consciously discouraged members of communities proportionately more impacted by energy development from attending the hearing. In response, I invited the commission to hold a meeting in Rangely to observe our community which has demonstrated, through genuine stakeholder dialogue, that the energy industry and Coloradans can mutually benefit from energy development.

The commission’s suppressive tactics played into the hands of anti-oil and gas groups, who had nowhere else to be and happily filled the speaking slots of energy workers, industry experts and community leaders who couldn’t stay indefinitely.

Sidelining these stakeholders gave “keep it in the ground” groups a louder voice than they truly represent. It was like the SB-181 debate at the State Capitol all over again, with officials doing everything possible to amplify the voices of groups that oppose oil and gas development at the expense of all other stakeholders.

Thankfully, local elected officials, rank-and-file energy workers and concerned citizens were able to steer the debate back towards the facts.

“We have better air now with 11,000 active wells than we did in 2008 with 6,000 wells,” Garfield County Commissioner John Martin testified, according to one local press report. “You have to ask yourselves, ‘Why?’ It’s because of the involvement of the county, the industry and our citizens.”

Mesa County Commissioner Rose Pugliese testified on the COGCC’s “alternative siting analysis” process, which has yet to be defined and could extend the permitting process indefinitely.

Pugliese reminded the COGCC that oil and gas operators already spend months, if not years, evaluating alternative sites, balancing interests of landowners, local governments, the environment and many other factors before applying for a permit application.

“There is a fine line between helping people find common ground and finding excuses to delay the approval of permits,” Pugliese warned. “If the evaluation of alternatives never ends, a final decision is never made, and a permit is never approved, drilling will never take place.”

As SB-181 was headed to the governor’s desk, Director Robbins promised that oil and gas permitting would continue “business as usual” under SB-181.

Since then, however, the rate of oil and gas permitting has plummeted. And the events last week in Glenwood Springs suggest the COGCC is skewing its new rulemaking process to favor “ban fracking” groups.

After witnessing the COGCC’s attitude towards citizens, industry experts, and community leaders concerning the importance of our oil and gas industry, it’s no surprise that Governor Polis would label legitimate concerns as “silly”. Unless Governor Polis and his appointees’ changes course, we should assume his administration is working in bad faith against Colorado.

The Rangely Area Chamber of Commerce