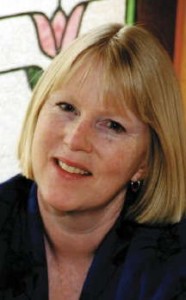 Two days ago, groundhogs across the country popped out of their cozy dens to predict the rest of the winter weather. If the groundhog of choice emerged from its burrow and didn’t see his shadow, he high-tailed it out of there since spring will soon arrive. However, if he saw his shadow, he went back into his burrow for the rest of the winter.
Punxsutawney Phil is the most famous of the breed, although Dunkirk Dave, Warton Willy and Staten Island Chuck have been prognosticating for years as well. Many fans of the Farmers Almanac depend on these prognostications to know when their planting season will begin, but most of us just like celebrating the tradition. It is one of the no-muss, no-fuss holidays.
The perennial placement of it on the calendar allows all of us who are worn out from the previous national holiday’s festivities to have a good excuse to consider “going back to bed” for a little while longer. More importantly, the marking of one more Groundhog Day reminds us of the every day realities of life.
A list of the past few year’s predictions is available on Google, but what isn’t so readily available is the statistical analysis indicating which of the yearly predictions came true. Everyone has a definite feeling about the continuance of the winter weather. Some of us itch for spring even before winter starts, while others of us celebrate the winter weather until it has made its last appearance here locally in April or May.
The German tradition dates back to the 18th and 19th centuries and it is said the largest Groundhog Day celebration is held in Punxsutawney, Pa. While most of the festivals are held in the northeastern part of the country, the University of Dallas in Irving, Texas, declared Groundhog Day as its official university holiday.
“Groundhog Day,” the movie made in 1993, celebrated the repetition that makes life predictable and dull by requiring the main character to go through Groundhog Day again and again. He eventually starts to do good for others in the community and as one film critic put it, “forces us to reexamine the mundanity of life and ask how we can live past Groundhog Day.” I can’t say that I came to that conclusion after seeing that movie, as I was laughing too hard. Yet, the thought provoking possibilities of being fated to repeat one very dull day gives one pause.
Phew, I’m glad that holiday is over. Living in the White River Valley it doesn’t pay to think too long and hard about someone’s weather predictions, of course we will have six more weeks of winter. Could you pass me the snow shovel, please?
dolly@theheraldtimes.com

Listen to this post Cindy and I have been awed at the number of people who have voiced their worries and prayers regarding our Marine’s safety while he was in Iraq. We have been touched […]

Listen to this post MEEKER | The Lost Canyon Band will rock the classics, capturing the original spirit and sound in tribute to each song they perform,

Listen to this post MEEKER I Fourteen local dancers will perform during the halftime show tonight in the Bridgepoint Education Holiday Bowl in San Diego, Calif., which will be televised on ESPN at 7 p.m. […]