MEEKER | For a second year in a row, in their brief four-year history, the Meeker High School girls’ softball team has qualified for the state tournament, only this year it will enter the 2017 3A Colorado State Girls’ Softball Championships as district and regional champions. Meeker beat the Sheridan Rams and University Bulldogs last Saturday on its home field in Paintbrush Park to win the Region 8 tournament, qualifying for the state tournament as the seventh seed of the 16-team state championship bracket.
Meeker is currently on a 13-game winning streak, losing games to 4A Rifle and Roosevelt, as well as league foe Cedaredge in the first two weeks of the season, but avenging the Cedaredge loss midway in their streak. The Cowboys, currently 18-3, will put their record on the line Friday at Aurora Sports Park against the Rocky Ford Meloneers (13-8) at 12:15 p.m., with the winner playing the winner of No. 2 Eaton and No. 15 Valley at 2:30.
Meeker won it’s first girls’ softball regional title by beating the Sheridan Rams 16-1, then pounding the University Bulldogs 19-2 in the Region 8 championship game. Meeker dominated both eastern slope teams as both games were called after four innings of play since the Cowboys led by 15 runs or more.
The temperature was in the mid 40s with a cool breeze blowing through Paintbrush Park during the game against Sheridan but it couldn’t cool Meeker’s bats, which were hot during both games.
Although game statistics were not available on Maxpreps.com for the regional games, Meeker jumped out to an 4-1 lead over Sheridan in the first inning, after Megan Shelton hit her state-leading 12th home run of the season, then teammate Mackenzie Marshall, who was the winning pitcher for Meeker, hit a grand slam home run in the second inning to give their team an early 9-1 lead. Meeker would score four more runs in the third and end the game with three runs in the fourth.
Against University, neither team would score in the first inning but Meeker’s bats got hot in the second inning, where they scored seven, then four more in the third and six in the fourth, then held the higher-seeded Bulldogs scoreless in the final at bat.
Meeker will enter the 3A state tournament with the confidence of a veteran team, although the only seniors on the roster are Sierra Williams, Taylor Dodds, Jasmine Patterson and Abi Powell. 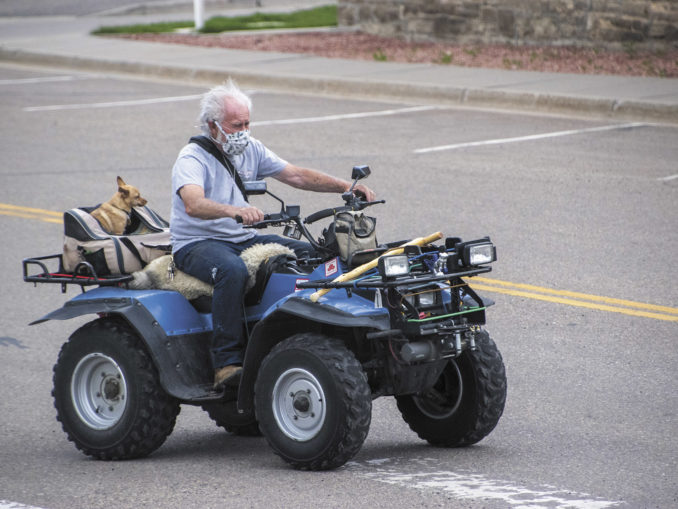