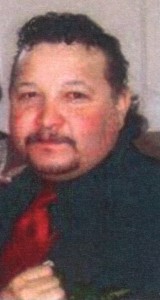 William Henry “Bill” Sisneros, age 45, died at his home in Rangely on Monday, March 1. Bill was born Dec. 30, 1964, in Alamosa to Margarito Jr. and Ericilia “Archie” Sisneros.
Bill moved to Oklahoma shortly after marrying Sandy Myers. They had three children — Quinton Sisneros, Cameron (Storie) Sisneros and grandson Deklin, and Rochelle Sisneros and grandson Gerrick and granddaughter Layla. He then became a paramedic and was known to be a hero in everyone’s life he saved, including working with those involved in the Oklahoma City bombing.
He is survived by his mother Archie Sisneros, brother Brian (Sandra) Sisneros, three sisters Jelene (Andy) Mann, Karen (David) Cassavaugh and Brenda (Jim) Sherman and numerous nieces and nephews.
He is preceded in death by his father Margarito Jr. Sisneros and a brother, Norman Sisneros.
Services were held at Grace Baptist Church in Rangely Friday, March 5. Cochran Memorial Chapels was in charge of arrangements.

Listen to this post RANGELY I In any profession, assistants are often the key to success – the people working behind the scenes who benefit the organization. Duane Moeller has been an assistant coach and […]

Listen to this post Meeker I The HT is pleased to welcome Paige Jones to its staff. A 2015 Meeker High School alumnae, Jones earned her Bachelor’s Degree in communications with minors in art and […]