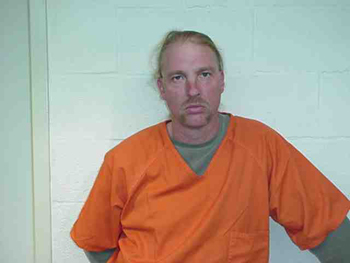 RANGELY I A preliminary hearing for John Parks has been set for Dec. 18.
Parks was arrested in May in Rangely and charged with retaliation against a witness and menacing. He was arrested again in July for violating a restraining order in the case.
Parks appeared briefly Friday in district court. Long enough for his preliminary hearing to be scheduled.
“This will not go forward unless you’re here, so make sure you’re here,” Judge Gail Nichols told Parks.
“I’ll be here, your honor,” Parks said.
Authorities believe there was a connection between Parks and Luciano Madrid, who was arrested in April in Rangely for selling methamphetamine to a confidential informant. Madrid was sentenced in September to three years in prison.
“As far as we can tell, yeah, we can connect them,” said Roy Kinney, Rio Blanco County Sheriff’s investigator.
Parks allegedly threatened the informant, according to the affidavit. The investigating officer said Parks has a criminal history that includes “numerous arrests, including four misdemeanors, seven felonies and eight unknown classifications. The history includes crimes of violence, obstructing, narcotics distribution, narcotics possession and eluding police.”

Witherell is state champ at 152 pounds

Listen to this post RANGELY | Darlene Feller of Rangely is this week’s “home of” honoree. 10 years ago, Darlene moved from Arkansas to Eagle then came to Rangely.

Listen to this post RANGELY | The Brian Lewis family at 122 Foothill Dr., received 17 nominations from residents saying that this is the best this yard has ever looked.