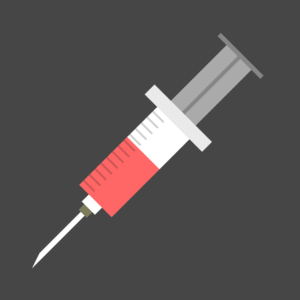 RBC | Alice Harvey, Director of Rio Blanco County Public Health, held an informal, community discussion with the county’s Board of Health and other community leaders regarding the status of RBC immunizations as well as the progress being made regarding their emergency plans. Ty Gates, Si Woodruff and Dr. Krueger were present as well as representatives from Pioneer’s Medical Center and Meeker School District. The newest member of Harvey’s team, Kelly Christian, who started in August, was on hand to assist with the presentation.

Jim Johnson from Routt County was on hand to assist with the ongoing development of RBC emergency plan development. Johnson is a regional asset for the State of Colorado in the vein of emergency preparedness. To kick off the meeting, Johnson asked the group, “What do you guys think the Board of Health does”? The responses from the group were varied, but all were on target. The BOH is essentially responsible for setting the policies regarding the overall health and well-being of the community members.

Harvey began her role as director in March 2019. Since that time, she has been hard at work getting familiar with the role. She hit the ground running and has been focused on getting prepared for immunizations and the approaching flu season. One of the key items that Harvey has been working on is well-written plan in the event of an outbreak of a communicable disease or epidemic in our county. The plan is still a work in progress, however, the work that has been accomplished so far is extensive and detailed.

What most people don’t realize is that an outbreak in our community, even something as predictable as the flu, could have a tremendous impact if our hospital, clinics, schools, local businesses and community members are not prepared. The focus of Harvey’s efforts is to build a plan that fosters community partnerships.

The Meeker School District recently presented their emergency preparedness plan to the Board of Education. The emergency plan that RBCPH is working on dovetails with the District’s emergency plan and in the event of an outbreak or epidemic, the two entities will be able to easily coordinate their efforts to deal with it.

For the purpose of discussion, Harvey and Christian picked two communicable diseases to present as “what if” scenarios: measles and pandemic influenza. Christian described measles as a disease that has been around for a long time, but was all but eradicated until recently. The measles virus is very communicable and is potentially fatal to the young, the elderly and people who have compromised immune systems. Due to its lengthy incubation period, this particular virus spreads very quickly. People can be contagious for up to four days before symptoms begin to appear. The best means of preventing the spread of this disease is vaccination. The vaccination for measles is combined with a vaccination for mumps and rubella as well (known as an MMR vaccination) and requires at least two, but preferably three, inoculations over an extended period of time.

She went on to say that a large part of their job in this vein is watching for reported cases and surveying what’s going on in the community in an attempt to get ahead of a potential outbreak before it starts. Immunization status will play a big part in that effort. For example, students who have been exempted from vaccinations for whatever reason may need to be excluded from school facilities for up to 21 days after the appearance of symptoms. The good news is that a person can be vaccinated within 72 hours of exposure to the virus. This late stage vaccination could prevent the disease, or lessen the symptoms.

The challenge will be how RBCPH coordinates mass vaccinations at the onset of an outbreak. The emergency preparedness plan they are working on addresses this issue. Another part of the emergency outbreak plan will be a mass vaccination plan. This would apply to other communicable diseases as well measles.

Harvey stated that the State of Colorado government was impressed with the status of immunizations in RBC, with 90% of kindergarteners with complete MMR immunization. The state goal is to be at 90% by next year and 95% in five years. That said, the county-wide statistics (all students including homeschooled students and adults) show that RBC is below the state average. Harvey went on to say that their efforts to improve these numbers include reaching out to community leaders to help identify any barriers that may exist that would prevent someone from getting vaccinated.

For more information about vaccinations or questions about the emergency plans, contact Alice Harvey or Kelly Christian at Rio Blanco County Public Health. The phone number for the Meeker office is (970)878-9520 and the Meeker office location is 200 Main Street, Fairfield Center, Suite 200. The Rangely office can be reached at (970)878-9525 and their office is located at 101 E Main Street.

By Brett Dearman | Special to the Herald Times

Listen to this post RBC | Rio Blanco County Public Health Director Alice Harvey facilitated the annual meeting of the RBC Board of Health. The board of health, required by state statute, acts in an […]