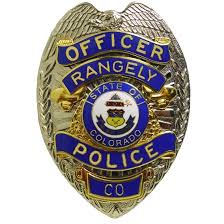 RANGELY | The Town of Rangely held its first of many budget work sessions on Tuesday, Sept. 10 at 6 p.m. prior to the regular meeting. The following business was discussed.

Interim Police Chief Ti Hamblin asked trustees to consider budgeting a sixth patrol officer position in addition to a sixth patrol vehicle.  He explained that the patrol fleet has aging vehicles with two of the five current vehicles being 10 years old. Trustee Matt Billgren asked if there was a market for the used vehicles and Town Manager Lisa Piering said that in the past they had donated those vehicles to the CNCC Ranger program.  Public Works supervisor Jeff LeBleu said that his department would put the retired police F-150 to use for seasonal workers when the time came.

Hamblin also asked for updated dispatch consoles because the current consoles are 15 years old and severely outdated. They do not make replacement parts for the current dispatch consoles. Hamblin and the police department are searching grants from DOLA and other organizations to update the equipment which is estimated to cost $189,000. Hamblin is requesting $19,200 from the town.

“We are falling too far behind with the technology,” he said. He anticipates that they will receive a $50,000 grant from DOLA, $60,000 from the 911 board, and $60,000 from CCI. Rangely Police Dispatch does not charge fire and EMS for the 911 dispatch services. Billgren asked about backup communication in the case of equipment failure.  Hamblin says the system automatically sends calls to Craig and sometimes cell phones are routed to Vernal, Utah.

Gas Department Supervisor Kelli Neiberger spoke about replacing a gas line in conjunction with water line replacement on Half Turn Road. It is not critical to replace the line immediately so they will wait and replace them both at the same time. La Mesa also has a crossing that Neiberger would like to add in the subdivision as well as a gas crossing in the front of the subdivision. All of her projects are not critical and so she is not asking for any budgeted funds at the moment.

Water Department Supervisor Don Reed spoke about a 40-year-old 12-inch asbestos/cement water line that has broken and been repaired several times on Kennedy Drive. The water line supplies several major businesses such as the college, hospital and the recreation center.  He explained that the line is in an extremely awkward area on Kennedy Drive and it needs to be replaced/redirected.  He recommended a replacement process called pipe bursting in order to avoid the possibility of breaking the asbestos line.  Because of the difficult location one contractor had already turned down an opportunity to bid on the project. The first projected cost came in at $1.3 million from C&L Water Solutions, a total of five contracting companies have been contacted for the project. Reed said a pump station also needs to be considered in the next few years to ensure redundancy.  He is looking at possibly splitting the replacement project into two years.  He may be able to incorporate turbine generators and would be able to obtain energy savings grants. Reed gave an update on a new headworks building, the unconfirmed price for the project would be between $700,000-$800,000, possibly less. The current building was built in the 1960s and ‘70s and the cement is crumbling because of water infiltration and hydrogen sulfide. Reed is worried that the building is unsafe.

He reported that his department was unable to complete the manhole project this year and the grant will carry over through June 2020. Reed wants to switch from UV back to chlorine water treatment and he will discuss that in further detail at the next budget meeting.

Public Works Supervisor Jeff LeBleu said he is going to try to keep his costs the same. He noted curb, gutter, and chip seal projects that will need funding in 2020. Public works will be adding a police department awning. Piering says she would like to replace the Kennedy Drive bike path and will be looking at a GOCO grant for that project. DOLA will be looking for the Town of Rangely to make rate increases in order to show that they are attempting to generate more revenue. Piering said the town needs to stay on track with the capital projects.

At 7 p.m. Mayor Andy Shaffer called the Rangely Town Council meeting to order. During supervisor reports LeBleu reported that the high school had a raw water leak that his department assisted with.  The department has been busy mowing lawns and vacant lots, backfilling old planters from the ADA project, and with the repair of a mower have now been cutting weeds and grass in ditches. They also cut back overgrown trees. They had a service call to Blue Mountain Inn that they attended to along with their daily assistance with the contractors on the ADA project. He reported that his department is trying to get the water line down Olympus and Kennedy Drive and that the parts are on order to fix the waterline on River Road at Parkview Elementary School.  Because of its success he recommended more mosquito spraying by his department as opposed to the expensive aerial spraying next year.  Town Manager Lisa Piering reported that the town office is back on its five day a week/eight hour work week schedule.  She said that the first marketing coordinator job candidate interviewed last week and another would be interviewed on Sept. 13. Piering and Town Clerk Marybel Cox are working on new employee evaluations and a personnel manual.  Shaffer asked if Piering could set up a water department tour in the wake of Supervisor Don Reed’s water department budget requests to help the board better understand what is needed.

There was no old business discussed at this meeting.  During new business:

– Hacking moved to approve the August 2019 check register and Billgren seconded it. The motion passed unanimously.

– Geer moved to approve the liquor license for El Agave Restaurant and Granger seconded it. The motion carried.

– Hacking moved to approve the 2019 Shop N Dine budget of $9,500 for the month of November. Geer seconded the motion and it passed unanimously.

– Hacking moved to appoint Water Conservancy District Manager Alden Vanden Brink as the representative to the Yampa White Green River Basin Roundtable. Billgren seconded the motion and he was appointed unanimously with Billgren stating, “I don’t know anyone who has the passion, the knowledge, and the drive that you (Vanden Brink) have for water in this part of the state and I appreciate all you do.”