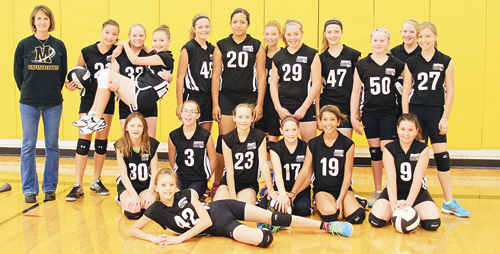 RANGELY I The host Lady Panthers beat Meeker in three games Saturday in the eighth-graders’ A game, while the Lady Panthers’ B team won in two games.