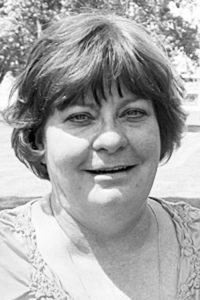 RBC I The new executive director of the Rio Blanco Board of Cooperative Educational Services (BOCES) comes to Rio Blanco County with two decades of administrative experience in public education on the Western Slope.
Teresa Schott began her career in public education in 1992, when she jump-started the public preschool program for the Moffat County School District. She was overseeing preschools in two of the three Moffat County elementary schools when she moved to Grand Junction in 1998, where husband Kevin had taken an assistant principal position at Grand Junction High School.
Schott taught kindergarten readiness before becoming assistant principal at Fruita’s Shelledy Elementary School in 2000. In 2003, she became Mesa County’s special education coordinator, then returned to Shelledy as its principal from 2005 to 2008.
“I really enjoyed the principal position because I was in one building, so I got to know all the kids and staff,” Schott said. “This role (as BOCES director) is more itinerant since you’re between two districts and two schools. But my training and background is in special education, so this job really is a good fit.”
In 2008, Schott became principal at Red Hill Elementary School in Eagle County. But her background soon brought her back to special education. When the county asked her to help make changes to their program, Schott agreed, becoming Eagle County’s director of exceptional student services.
During her three years in the position, Schott oversaw a staff of 100 people who provided services to 650 children with special education needs.
“We were over Gifted and Talented (GT), special education, health services, everything,” Schott said. “We provided support to Response to Intervention (RTI). We basically housed all the related services for public education with the exception of English Language Learners (ELL).”
Because the department was an administrative unit within a 10-district mountain BOCES, Schott said she is familiar with working across counties.
“All 10 directors from the different districts would come together and meet regularly,” Schott said. “So collaboration is important to me, as is relationship-building.”
Schott replaces BOCES director Donna Day, who was in the position for 20 years.
“Obviously, Donna has worked very hard to keep the preschool going. You can tell there’s a lot of commitment to that and the GT (Gifted and Talented) program,” Schott said. “Those aren’t things that you go in and change; you try to make them better. So now we’re asking, how can we provide even better support to students and teachers in the classrooms?”
One way BOCES hopes to do that is by supplying a mentor for special education staff at the elementary and secondary schools who will set up Professional Learning Community (PLC) groups. The groups’ purpose is for instructors to “plan, talk, learn together, look at data and see how they can adjust or change their instruction based on that data,” Schott said.
Another project on Schott’s list is to work with the superintendents on a grant that will bring the two districts together for professional development.
As Rangely prepared for the new school year’s start, Schott participated in new teacher training and talked with staff about mentoring and assessment. She looks forward to doing the same in Meeker as the district looks ahead to school starting in September.
“It’s been nice to be available in Rangely to answer questions about special ed and GT,” Schott said. “Once Rangely’s up and running, I want to devote the same back-to-school support in Meeker that I’ve been able to give in Rangely.”

RANGELY I Longtime readers of the Herald Times may remember reporting and photos by Blake Smith from Rangely. Writing for the HT was Smith’s first job, thanks to assistance from the School-to-Work Alliance Program (SWAP).  […]

RBC I Meeker and Rangely will each hold 2016 Children’s Health Fairs in April for children from the age of birth to five years old.

RBC I Meeker and Rangely will hold 2016 Children’s Health Fairs in April for children from the age of birth to five years old.