EDITOR’S NOTE: This is the second in a three-part series to examine the impact of cannabis on our health, our economy and our communities.

RBC | Cannabis (marijuana) legalization in Colorado has had a powerful impact on the state and local economies. Although sales of medical cannabis began prior to 2014, the Colorado Department of Revenue did not report tax collection data until February 2014. Colorado reports $927,009,550 in revenue from 2014 to present collected for cannabis sales taxes, licenses and fees. Colorado and Washington, which were the first two U.S. states to legalize recreational use, collected nearly $250 million and $320 million respectively in cannabis-related taxes and fees in 2017 alone. 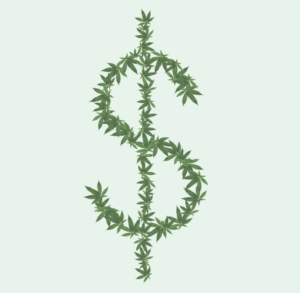 More and more states each year are legalizing cannabis, and some of those states’ sales are higher than Colorado’s, primarily due to population. For Colorado, cannabis fits into an existing ecosystem of so-called “sin taxes” already in place. For instance, in the 2017-2018 fiscal year, Colorado brought in: $192 million for the cigarettes and tobacco excise tax, $47 million for the liquor excise tax, $124 million for the gaming tax, and at $266 million, recreational marijuana has earned its place as a dominant player in this mix. None of these were ever enough to keep the entire state government running, though they do help.
Supporters of Amendment 64—which legalized recreational cannabis use in Colorado—campaigned on the idea that taxes on cannabis would raise money for schools. The wholesale tax on cannabis is entirely dedicated to schools. The first $40 million collected goes to a state program called BEST (Building Excellent Schools Today), which awards grants to local school districts to build and improve school facilities. In 2018, the state collected $20-or-so million above that $40 million cap. That money is transferred to a public school fund where it contributes a fraction (1.6 percent of the state’s total K-12 education budget) to the $5.6 billion cost of running public schools each year in Colorado.
Cannabis sales taxes raise even more money. Local governments get a 10 percent cut of the state’s special sales tax on cannabis. The rest of the 90 percent special sales tax and all of the regular 2.9 percent sales tax (about $174 million in the last fiscal year) are allocated by the state for three things: exactly 12.59 percent is given to the state’s Public School Fund and is then distributed to all local school districts. After that, 15.56 percent is allocated to the state’s general fund that can be used for anything. The remaining 71.85 percent is sent to the Marijuana Tax Cash Fund. Created in 2014, the money put into the Marijuana Tax Cash Fund is required to be spent the following year on health care, monitoring health impacts, health education, substance abuse prevention, treatment programs and law enforcement. All revenue from medical cannabis sales also goes to the Marijuana Tax Cash Fund.
Locally, in Moffat County the numbers are not as cut-and-dried as the state’s sales tax revenue.  According to Moffat County Finance Director Mindy Curtis there isn’t one specific line item for dispensary sales tax. Taxes collected by dispensaries are combined in “retail sales.”
The Town of Dinosaur’s sales tax is 1.25 percent and Moffat County sales tax is 2 percent. Dinosaur also approved an occupation tax and municipal excise tax levied on any retail marijuana business, bringing the total Dinosaur municipal tax on cannabis to 5 percent.
Looking solely at Dinosaur’s sales tax revenue, the town reported $33,050.04 in sales tax in 2017 (a total of $2,732,049 in gross sales) but in 2018—after their three dispensaries opened—Dinosaur collected $65,102.90 in sales tax revenue from January-November (a total of $5,381,667 in gross sales), nearly doubling their gross sales from 2017 to 2018.  In 2015 and 2016 the town collected just $34,241.92 and $33,533.19 in sales tax respectively.

With no significant difference in retail businesses in Dinosaur besides the three new dispensaries it leaves one to assume that the cannabis industry, whether from increased traffic to the area or actual sales of marijuana has had a significant impact to the economy in Dinosaur.
Employment in the marijuana industry is a relatively small share of total employment in Colorado, but in recent years it has become one of the state’s fastest-growing industries. Economists at the Federal Reserve noted the cannabis industry’s 17.7 percent year-over-year uptick in jobs from 2016. About 5.5 percent of Colorado’s employment growth in the first half of the 2017 can be attributed to the cannabis industry. By comparison, leisure and hospitality was the state’s largest job-growth generator at 23 percent, and mining and logging was responsible for nearly 7 percent of total employment growth in the first half of last year.
Colorado’s cannabis industry accounts for a small share of the state’s new businesses. There were more than 3,000 marijuana-related business licenses active at the end of 2017 compared to 431,997 new entity business filings made between 2014 and 2017. Cannabis businesses would represent about 0.7 percent of new business launched since 2014.
Although the information compiled here only takes into account the positive impact to the economy, the legalization of cannabis in Colorado has also cost the state in regard to public safety and health care. The third and final part of this series next week will address some of those impacts.

Listen to this post DINOSAUR I “With the arrival of spring, Dinosaur National Monument will offer expanded services for visitors. We are seeing more people enjoying the monument everyday with the warmer weather and we […]

Listen to this post DINOSAUR | The U.S. Environmental Protection Agency (EPA) is awarding the Town of Dinosaur, Colorado a $200,000 Brownfields cleanup grant to address environmental contamination at the Dinosaur School on 401 West […]