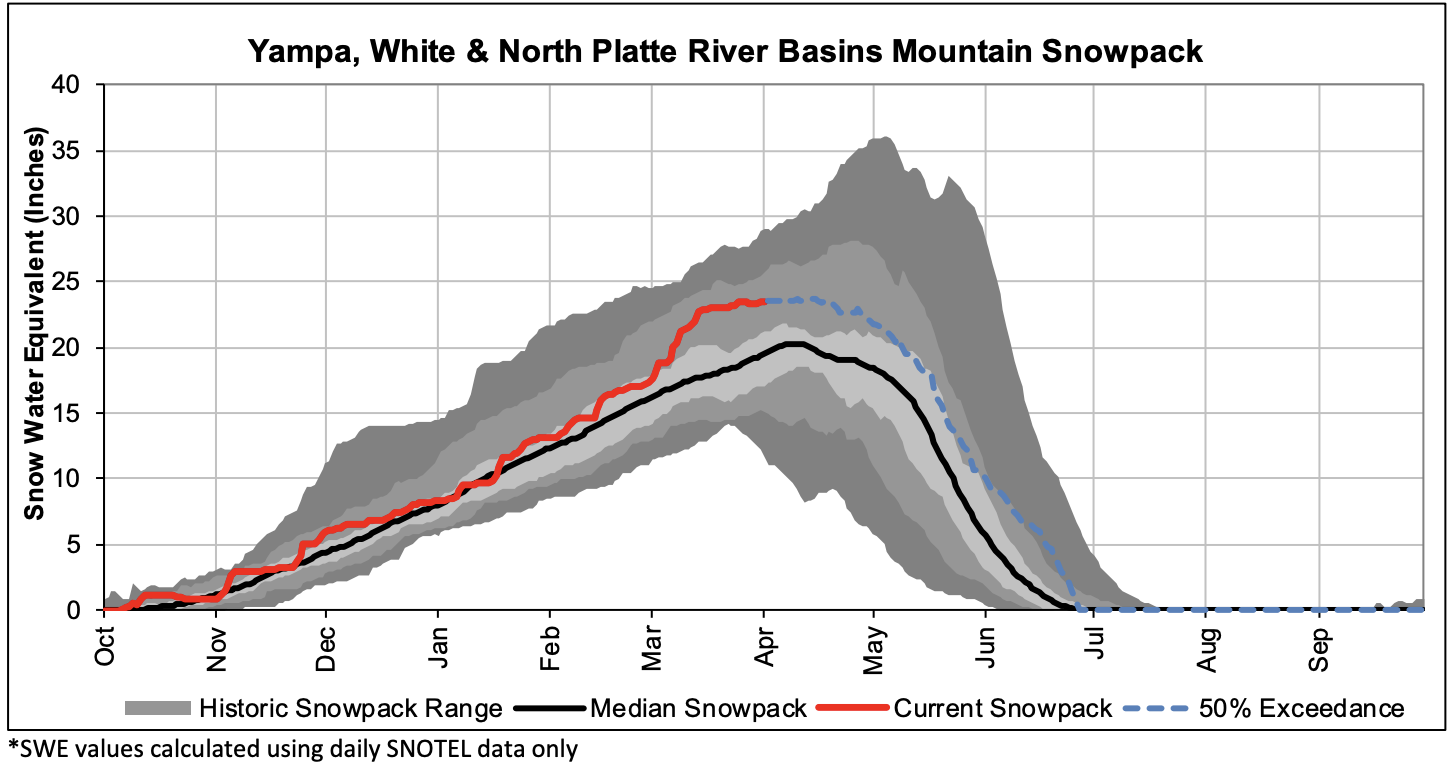 “Current snowpack values in some individual basins on April 1, 2019, translate to nearly double or triple levels seen during this same time last year,” comments Brian Domonkos, Colorado Snow Survey Supervisor with the Natural Resources Conservation Services. These improvements over last year are welcomed in restoring water supplies significantly depleted after last year’s drought. Similar to snowpack March precipitation was particularly impressive which amounted to 183 percent of average for the state.

By the numbers March is typically the second wettest month of the year in Colorado meaning accumulations this March were particularly impactful. While reservoir storage levels across the state have seen little increase in recent months current snowpack levels are poised to increase storage levels across much of the state as the snow begins to melt. Most volumetric streamflow forecasts into spring and summer range from 100 to 150% of normal. Basins that have the highest forecasts, namely in Southern Colorado, are those that had the least streamflow last year, which should be particularly beneficial for water supply conditions in those areas.

Listen to this post RBC | The National Weather Service has issued a flood advisory and hazardous weather statement due to recent rainfall and snowmelt for west central Rio Blanco County. Nearly an inch of […]

Listen to this post RBC I For the first time during 2016, statewide snowpack improved over the previous month as opposed to the declines that have occurred each month since Jan. 1, including in the […]