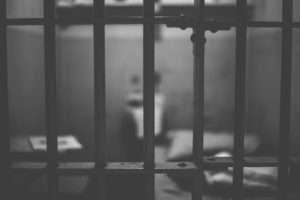 RBC | It’s no secret that the Colorado Corrections system is bursting at the seams. According to one report, in December 2018, there were only 93 open beds in the entire state system (with a 14,000 capacity). Many of those headed to jail and prison are there because of drug problems. The number of felony drug filings has more than doubled since 2012 according to the Colorado Criminal Justice Reform Coalition.  Of those felony filings, 75% are drug possession charges.  On April 18, HB19-1263 was introduced in the Colorado House of Representatives and on May 28, in an attempt to reduce inmate populations, Governor Polis signed the bill into law.

HB19-1263 is a law that softens the individual drug possession penalty allowing individuals to possess up to 4 grams of a Schedule I or Schedule II drug. Officials question whether this is a solution to  overcrowding in DOC or a way to pass the burden to counties?

Currently, possession of any Schedule I, II, or III controlled substance such as methamphetamines, ketamine, rohypnol, cocaine, crack cocaine, heroin, and about 58 other illegal substances is a Class 4 Felony and can result in prosecution and sentences of up to several years depending on the quantity. HB19-1263 changes those charges to a class 1 misdemeanor and sentences would be to a county jail for no more than two years. While the bill made its way through the Senate Judiciary Committee, the Colorado Criminal Defense Bar noted that “threats of incarceration do not work on this population.” The Second Chance Center testified in support of the bill stressing that a threat of a felony is not a deterrent and noted the disproportionate representation of minorities in felony case filings. Cliff Riedel, District Attorney for the 8th Judicial District, testified in opposition to the bill. He expressed concerns that the bill ties district attorney’s hands and does not accomplish treatment objectives.

The County Sheriffs of Colorado organization lobbied heavily against the bill.  Many members testified against the bill concerned about the rising costs to their respective counties, increased crime rates, and agreeing that without the threat of legal consequences, drug users almost never seek or succeed at treatment.  Dealing with the reality of the new law, Rio Blanco County Sheriff Anthony Mazzola said that in our county officers will use discretion depending upon the circumstances.  The offender can go to jail or they can be released with a summons.  One of his main concerns is the state passing these costs on to the county.  Sheriff Mazzola encourages concerned citizens to donate to the County Sheriffs of Colorado, in addition to their scholarship fund, monies collected aid in their endeavors to stop harmful legislation.

On the surface, there appears to be some merit to sentence reduction and rehabilitation but the bill could potentially cost counties millions of dollars by shifting fiscal responsibility to local jurisdictions.

The legislature estimates HB19-1263 to have an effect on approximately 179 inmates statewide at a cost of $17,691 per day, or approximately $6,457,215 a year. They also admit this estimate is probably conservative and those numbers could be significantly higher. This prediction does not take into account the increased number of defendants who will begin to refuse plea bargains and take their cases to trial because they have nothing to lose by doing so.

Currently an individual who is arrested on a first offense for drug possession will be offered a plea deal from a Class 4 felony, to a Class 1 misdemeanor in order to avoid serving time in DOC. They might get minimal sentences to county jails and mandatory rehabilitation. When the law takes effect in March 2020 offenders will no longer have anything to gain by taking a plea deal (turning over their dealer, etc.) because the sentence will not be reduced. In turn, it is expected that counties will see a drastic increase to case loads for district attorney’s offices and because of this, will need more funding from counties to hi re more attorneys.

It is difficult to predict what the full impact of  HB 1263 will be on Rio Blanco County, both fiscally or socially at this point. Locally, it’s doubtful we will see a million dollar increase. Instead we will see increases in the funding requests from the DA’s office, increases in the court docket as more cases go to trial, and increase in housing costs for inmates who are sentenced to county jail.