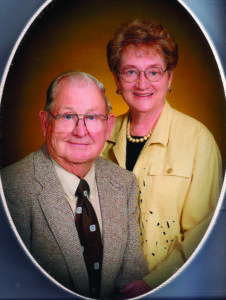 The brilliant Maya Angelou said, “When we give cheerfully and accept gratefully, everyone is blessed.” These words are a perfect description of Meeker old-timers Dale and Emma Lou Frisby.
This Meeker couple has given generously to their community for many years and the history of their family’s journey is a remarkable one. They are so much a part of Meeker that Dale has a seat permanently reserved in the high school gym and the Meeker United Methodist Church has seldom seen a Sunday without the Frisbys in attendance.
Emma Lou’s grandmother Hensel is a picture of strength and longevity. She came to Meeker in 1916 to homestead in the Lime Kiln area. Her husband was sick with tuberculosis and she hoped the environment would help him. His father had attended medical school with the Mayo brothers in Missouri. When he fell extremely ill, she brought him to Denver to seek their care. He passed away three months later, leaving Amanda Hensel and her daughter to “prove up” the land alone.
Emma Lou’s mother, Florence, was only seven years old when the Spanish Influenza epidemic hit Meeker. Her mother left her behind at the Lime Kiln cabin and headed to town to work with the Methodist ministries in caring for those who had fallen ill.
She did not get sick herself until her return to their cabin. Her illness hit so hard she could not get out to seek help. They tied a note around a horse’s neck and hoped for the best. Help came from a neighbor and the incredible story of the Clein family continued. Florence (Emma Lou’s mother) will turn 100 this July.
Emma Lou’s father, Julius Clein, came to the area when the HI Sutton Company bought cows from Eagle and Julius brought them over the Flat Tops and down the South Fork of the White River. He met his soon-to-be wife when she was working for the Sutton company. The two had six children, Emma Lou was the third, born “in the white house on Capital Hill,” which was located near the high school. She was the first homecoming queen in 1951 and was graduated in 1953.
Through the years Emma Lou has served in all areas of the church, served on the hospital board for 11 years and was named “Woman of the Year” by the Meeker Chamber of Commerce. She was instrumental in starting the low-income housing project with Bessie Allen and her commitment to helping her community continues still.
Dale first moved to the area in 1933 when his grandfather, Pedar Ottosen from Denmark, bought what is now the Jensen Nine-Mile Ranch north of town. Ottosen  originally homesteaded and started a sheep ranch 30 miles north of Duchesne, Utah.
Dale attended first grade in the Wilson Creek schoolhouse, which was not in an oil field at that time. He had one brother and the family moved back to Talmage, Utah, in 1934 where he attended school until the sixth grade. He rode horseback to and from school three and a half miles every day.
They moved again to Heber City, Utah, where his dad and brother ran a grocery store until Dale was in the 10th grade. Then, they moved back to the ranch now occupied by the Brent Smith family. Dale was graduated from Rio Blanco School in 1945. He was the student body president, his senior class vice president, FFA president and captain of his basketball team.
His father got sick at that time and Dale went into the Navy, leaving behind his mother and brother, who was also ill. He was in the Navy for three years and he remembers being in boot camp and hearing the news that World War II was over.
Dale came back to Meeker and married Emma Lou Cline on Dec. 27, 1953. The two have been married 57 years. In their early years of marriage they lived in the Wilson Creek Camp along with 24 other families. The first oil well was drilled in 1933 in the area.
The couple moved to town after their son Lance was born and had their daughter Vicky in 1957. They bought White’s nursery and flower shop and operated it for 17 and a half years. Dale worked very hard, tending to the nursery in the mornings and taking on the county assessor’s job for 12 years, from 1962-1974. He was also elected county commissioner in 1977 and served as chairman of board of county commissioners until 1981.
He was then transportation manager and drove a school bus for the district for 15 years. Dale has been a member of the Lions Club and has attended nearly every home sporting event for more than 30 years. He was named the 2010 homecoming parade marshal for his endless support of Meeker athletics.
Through the years Dale and Emma Lou have been symbols of community pride and have given unconditionally to their church. They are without a doubt pillars of Meeker  who have helped meld the foundation of history into the strength of our present-day town. As their daughter Vicky Tate says, “They are hard-working, good people, even in their retirement.” They passed on their values by simply “raising their children.”

Ads for 01/15/15 ANNOUNCEMENTS ATV, Boat and Snowmobile Owners! You can now renew your Colorado OHV registrations on line at: www.parks.state.co.us The Rio Blanco Herald Times accepts all major credit cards. You can fax your […]

MEEKER I Cowboy head football coach Shane Phelan said he does not script the first 15 plays for his team. If he did, it would have been difficult for him to script them any better […]

MEEKER I It could be months before investigators know — or at least reveal — the cause of a fatal helicopter crash Nov. 3 up Wilson Creek, in northern Rio Blanco County, close to the […] 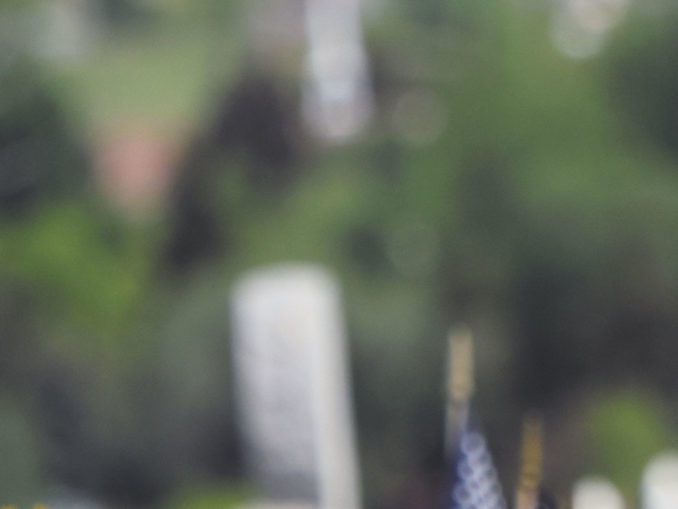