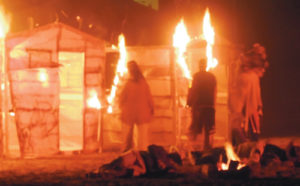 The Meeker Massacre Pageant started in 1938, when the American Legion Auxiliary asked Laroy Purdy to organize the show.

MEEKER — The annual Range Call event has a full slate of activities July 3-8, including a concert by the legendary Nitty Gritty Dirt Band. The Fourth of July starts with the Run for your […]