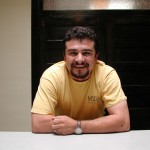 I started to drive to Rangely last Friday, 40-45 mph on slick, bumpy, snow-packed roads, the sky was clear and my phone read 7 below zero. As I drove through Powell Park, a semi was flashing its lights and the driver was giving me the slow down wave. Near the west end of Powell Park, Scott Mobley was hooking his truck up to a vehicle off the north side of the road. I waved as I passed and stopped at the corner to help slowdown eastbound traffic, as I watched Scott pull the vehicle out. Scott smiled and waved as he drove past heading towards Rangely. I chickened-out, deciding to come back to Meeker and try again this week, instead.
So that’s one of my new year resolutions: don’t be afraid to be afraid. Fear is one of two great motivators, happiness being the other.
Patti Tipton and I asked several people in Rangely and Meeker what they were looking forward to in 2011 and if they would share any resolutions they made with our readers. After listening to others, there are a few I want to adopt myself, like Alicia Watt’s. 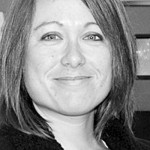 When asked, Alicia said, “J.C. (her husband) said his resolution was to be really nice to me, so maybe mine will be to be really nice to him.”
I like how J.C. thinks. Hopefully my wife thinks like Alicia.
Rangely pharmacist Erin Graden told Patti she was looking forward to “my baby boy,” due March 21. 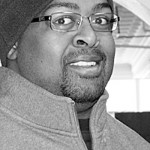 My friend Scott Creecy, a chef at Elk Creek Ranch and his wife Jessica are also expecting a baby boy this month. Scott said his resolution was to not have the resolution to stop smoking, like he has made the past 17 years, so he started to quit smoking Dec. 1 and I’m happy to report, Scott is doing well. 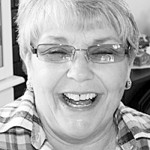 Rangely Mayor Paula Davis said, “I hope 2011 is a year that our businesses can prosper and expand. I would like the State of Colorado to balance their budget without taking all our money away and I hope all the families in Rangely have peace and love for the coming year.”
Meeker boys’ basketball coach Klark Kindler wants to “get in better shape,” and hopes his team keeps improving “so we can get to the state tournament.”
WRBM Rec. District director Tim Webber told Patti he was looking forward to “another great year and to remodeling Elks Park.” 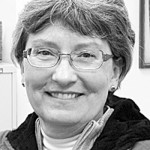 Rio Blanco County treasurer Karen Arnold is working on the tax roll and she said she told the ladies at the Post Office she “gave up making resolutions as a teenager.”
I like and will adopt Meeker superintendent of schools Susie Goettel’s resolution to “stay positive.” 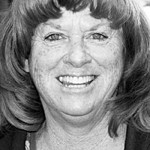 New business owner Belinda Cloward, owner of Awesome Blossom and Florist said she is “looking forward to watching my business grow.”
Meeker Hotel and Cafe managers Phil and Vicky Cross are also trying to grow their business and looking forward to a “year of fun celebrations and events,” beginning with the Roosevelt weekend Jan. 21-23 and a dinner/detective show in February. Former President Theodore Roosevelt stayed at the historic hotel 110 years ago. The Meeker Hotel will also celebrate its 115th birthday this year. 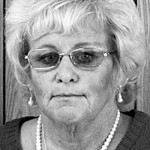 Laurie Osborn, owner of the Beauty Boutique in Rangely, said she was looking forward to expanding her salon business in 2011 to include retail and manicures.
A couple other resolutions I would like to adopt are Rangely trustee and business owner, Elaine Urie’s resolution to “try to be a person with greater wisdom and to think before I speak,” and like Shirley Sinclair told Patti, I will look forward to “getting up everyday.”
Best wishes to everyone in 2011 and may God bless us all.

Listen to this post Sarah Kathleen Sizemore of Meeker and Candace Briggs of Rangely earned degrees from the University of Northern Colorado in Greeley.

Listen to this post RBC I While the economy may be down, the county’s assessed value is up. In fact, it reached a record high. “I believe this is the first time it’s ever been […]

Listen to this post RANGELY — Expensive. That’s the one word Grant Earl uses to describe a proposal by President Barack Obama to impose a cap-and-trade system on carbon dioxide emissions from coal-fired power plants.