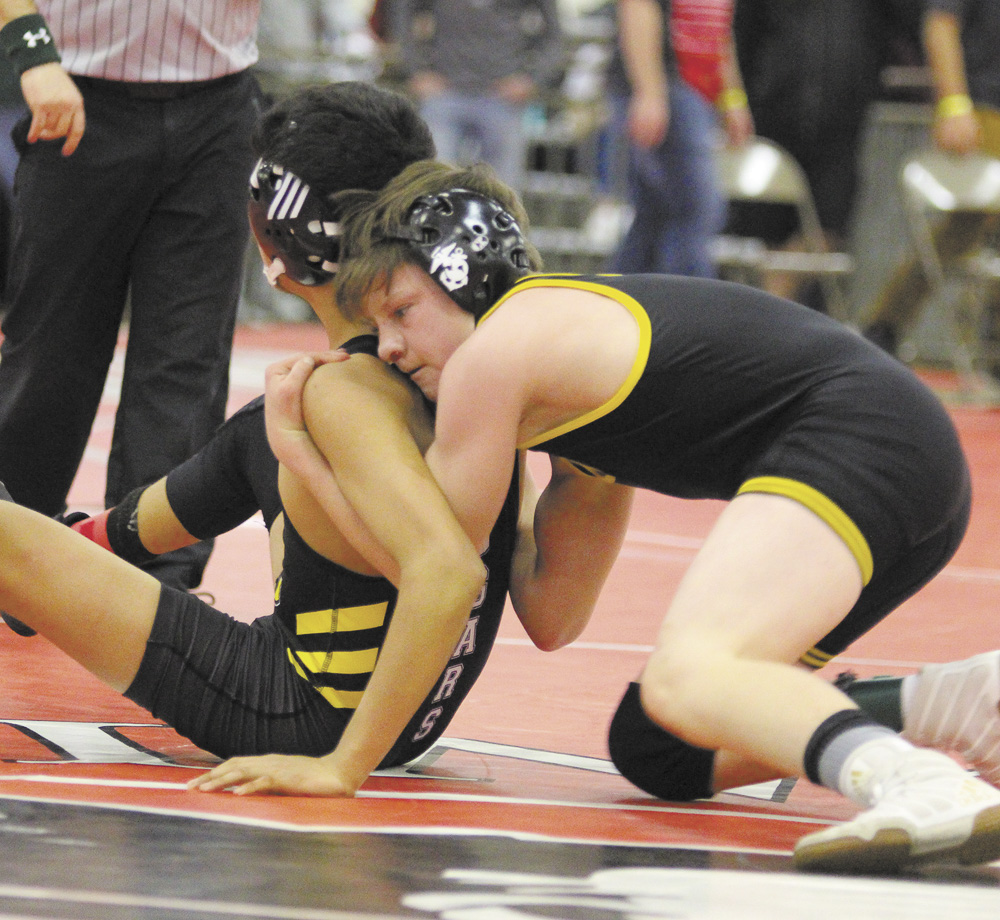 MEEKER | The Cowboys got a lot of mat time this last weekend at the Tournament of Champions (TOC) in Vernal, Utah. The team wrestled 90 matches through the course of the three tournaments, after hosting Grand Valley in a dual the night before the tournament began.

Wrapping up Thursday night with an at home victory in the dual against the Cardinals, head coach JC Watt commented that the “young kids performed really well.” Freshmen Owen Hanneman and Elijah LeBlanc both pinning for wins; Hanneman pinned quickly and LeBlanc pinned in the third after a tough battle and down in the points.

The TOC is comprised of three individual tournaments all ran concurrently, varsity, JV, and then on day two the second chance.

“We did well,” said Watt, “everyone is improving and working really hard.”

In the varsity tournament the Cowboys had two wrestlers entered at 106 pounds, Trae Kennedy and Ty Goedert. In unfortunate bracketing the two had to wrestle each other in the consolation bracket to see who would go on to wrestle for seventh place. Kennedy with a pin for the win went on to wrestle Skewes of Duchene, Utah and bring home seventh place.

Colby Clatterbaugh at 182 pounds once again wrestled a good tournament. Losing in the semi-finals to Simmons of Montrose, Colo. he was once again faced with Swift from Uintah who had pinned him to take first at the Warrior Classic; in a 8-4 decision, Clatterbaugh took third place.

In the JV tournament at Tyson Portwood (132) pinned his opponent early in the second period to take third place and Tanner Musser (220) also brought home third after losing in round one and battling all the way through the consolation bracket.

The final of the tournaments for the weekend was the second chance, a tournament for those who lose out on day one, it gives them an opportunity to wrestle on day two. Meeker had three Cowboys on top of the podium in the second chance; Connor Blunt (132), Charles Curry (126), and Dax Sheridan (160) all took first place.

Meeker has a week of duals ahead of them. Wednesday night in Hayden to take on the Tigers, Thursday at home against Palisade, matches will begin at 6 pm, and then a day of wrestling at the Rifle Duals on Saturday.