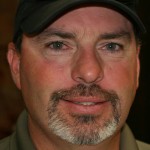 RBC I The commissioners meeting came to order Tuesday, Jan. 11 with newly elected commissioner Shawn Bolton officially seated. Kai Turner was selected chairman as well as being appointed to the Associated Governments of Northwest Colorado (AGNC) committee, the County Investment Policy committee and as the E911 board member representing the east end of the county. Ken Parsons previously served on the AGNC committee, which includes representatives from Routt, Moffat, Garfield and Rio Blanco counties and their municipalities. Shawn Bolton was named the alternative to the AGNC.
County re-appointments include Kent Borchard as county attorney, Bonnie Ruckman as director of social services, David Morlan as road and bridge director and Norm Hall Sr. and Joe Dungan as veterans services officers.
In the resolutions portion of the meeting, the county designated banks for depository funds. Bolton asked if the money stayed in the county and Parsons replied, “More locally than out of the county.” Turner added, “We are maxed out in the county.” The Rio Blanco Herald Times was named as the newspaper for official publication. The commissioners will continue to meet on the second, third and fourth Mondays of the month.
The board approved the application for renewal of the performance grant for 2011. The grant pays for half the salaries for emergency managers. Turner expressed a desire to check the numbers on the Arctel Design Group Inc. contract, stating, “This is a large sum of taxpayer money involved.” The contract issue was moved to the Jan. 17 meeting.
The majority of the meeting was spent discussing Elliot Maisel’s request for a conditional use permit to construct a second dwelling on his property and a rezoning of the property to leisure recreation. There is currently one house on each lot that is zoned agricultural. Maisel would like to put a cabin on one lot, requiring it be rezoned as leisure recreation. Maisel’s property manager, Mike Walker, was present at the meeting. Gail Miller, attending via telephone, had concerns with rezoning because of the precedent it sets. “It would be like subdividing again without really subdividing.”
Jeff Madison resolved earlier questions pertaining to deed restrictions and zoning setbacks and offered potential compromises. He brought up the possibility of the second residence being private not commercial. He talked about concern not for the current proposal but for future owners as well. Walker did not want to consider this option.
After further discussion, it was mentioned that the planning commission unanimously approved this request with six conditions. Turner encouraged Maisel’s cooperation with neighbors per those conditions and followed the planning commission’s recommendation by making a motion to rezone. The motion was seconded and approved and the meeting was adjourned.

RANGELY | CNCC President Ron Granger has agreed to be the speaker for the next Community Networking Meeting on Tuesday, Dec. 20 in the Weiss Conference Room from noon-1:30 p.m. Granger will give insight on […]

This is a total invasion of privacy! You have no right to write your opinion of what you may think happened until it is proven to be the facts, and even in that instance, it […]