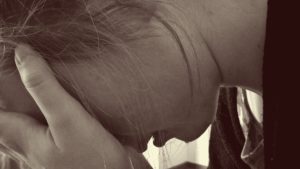 RBC | There is a silent killer preying on the young people of Colorado. With each life lost, at least six others are directly affected according to the American Association of Suicidology. September is National Suicide Prevention Awareness Month. Although it is important to address the problem of suicide year-round, this month is dedicated to a stigmatized and difficult topic. Suicide deaths in Colorado have increased almost every year since 2009, reaching a new high of 1,156 in 2016. Colorado that year had the fifth-highest suicide rate in the nation and has been in the top 10 states since 2009. Even more troubling is the suicide rate among Colorado teenagers. Colorado had the highest increase in the teen suicide rate in the U.S. since 2016. That’s according to a new report by the United Health Foundation, which ranks each state for the health of its women and children. Dr. Linda Genen, the group’s chief medical officer for women’s health, said Colorado’s teen suicide rate increased 58 percent from 2016 to 2019.

In the past three years, teen suicide in Colorado rose from 12.9 to 20.4 deaths per 100,000 adolescents ages 15-19, according to the report. Overall, that rate put Colorado as the sixth worst state. Nationally, the teen suicide rate is up 25 percent. Colorado’s 2019 rate is nearly double that nationwide, 20.4 compared to 10.5 per 100,000 adolescents ages 15-19. Male teenagers in Colorado were more than twice as likely to complete suicide than female teens. Most deaths were by white victims. In the 2016-2017 school year, our neighbors to the south, Mesa County saw seven teen suicides. The report found that half of young people ages 3 to 17 in Colorado didn’t get needed mental health counseling.

Many factors could be helping to drive the trend, including a family history of depression and suicide, divorce, abuse, addiction, bullying, and social isolation. But an added hit to our rural communities is the lack of mental health services. Twenty-two rural counties do not have a licensed psychologist in Colorado. In 2018, nine of the ten counties with the fewest providers are rural, where there are over 2,000 patients per provider. Rio Blanco County is fortunate with five licensed psychologists or counselors according to Michelle Huber, Meeker and Rangely Outpatient Program Director for Mind Springs Health. The worst is Conejos County, in extreme southern Colorado, with one provider to 8,130 patients. Colorado’s southwest corner and central mountains had the highest overall suicide rates in 2017, followed by a handful of eastern plains counties. Montezuma, La Plata and Archuleta counties in the southwest saw over 32 deaths per 100,000 people, as compared with 18 per capita in Denver County in 2017. In Western Colorado, West Springs Hospital, located in Grand Junction, is the only psychiatric hospital between Denver and Salt Lake City. In 2017, the State of Colorado decided to realign responsibilities, regions and funding for behavioral health crisis services.  As a result, the 10-county area served by Mind Springs Health is now part of a 22-county ‘Region 1’ area. The Western Slope walk-in crisis center is now located in Montrose instead of Grand Junction, but mobile crisis response services are available everywhere including Rio Blanco County and are now accessed through a new phone number provided below.

What can we do to help our teens?

Suicidal thoughts, much like mental health conditions, can affect anyone regardless of age, gender or background. In fact, suicide is often the result of an untreated mental health condition. 9 in 10 teens who take their own lives met criteria for a diagnosis of psychiatric or mental health condition or disorder, more than half of them with a mood disorder such as depression or anxiety. Suicidal thoughts, although common, should not be considered normal and often indicate more serious issues. As a parent or guardian, the simplest thing you can do for your child is to talk and listen to them. According to the publication Psychology Today, show your consistent presence to them and openness, this can show your teen you are available to discuss tough issues and to provide help and support should these concerns ever become a personal reality for your teen. It’s a common misconception that asking about suicidal thoughts will somehow plant these thoughts.  This leads many parents to avoid this topic. It is important for parents to know that no evidence suggests that appropriately asking about suicidal thoughts will increase the risk of developing suicidal thoughts. As per the Center for Disease Control, here are some signs to be aware of when interacting with someone you may be concerned about.

– Talking or writing about wanting to die

– Withdrawing from family and friends

– Increased alcohol and drug use

– Sleeping too much or too little

Because risk assessment is a very individualized process, no content, including that of this article, should be taken as a substitute for a face-to-face visit with a professional. If your teenager’s behavior has you concerned, don’t wait to contact your pediatrician. Call your local mental health crisis support team or go to your local emergency room if you think your child is actively suicidal and in danger of self-harm. Other suicide prevention resources available to you:

In the wake of furloughs, closings, suicides, a mountain town businessman searches for balance

Listen to this post BRECKENRIDGE | Dick Carleton came to Breckenridge from Virginia when he was 24. He had a business degree from Virginia Tech, a ‘69 Volkswagen bug, $100 and three friends willing to […]

Listen to this post Today (Thursday, Oct. 10) is World Mental Health Day 2019. This year’s focus is on suicide prevention. Suicide is the second leading cause of death for ages 15-34, and the fourth […]

LIFEGUARD OF THE MONTH …

CNCC Corner: What does the CNCC Foundation do?