RANGELY | Lori Martin, Colorado Parks and Wildlife (CPW) senior aquatic biologist for the northwest region, spoke about the presence of Northern pike and small mouth bass in Kenney Reservoir and the White River during the May 29 Rio Blanco Water Conservancy District (RBWCD) board meeting.

Both species are problematic to the native threatened and endangered species located in both waterways as they often make meals of those native species and compete with them in the ecosystem. CPW has been removing small mouth bass from the White River since 2012. This spring during gill netting and electroshocking at Kenney Reservoir, CPW removed more than 30 Northern pike of all age classes. The fish were trying to spawn.

CPW believes these fish were introduced illegally into the White River and/or Kenney Reservoir, although they can’t prove it. They’re hoping anglers can help remove the Northern pike. In other areas, CPW has successfully used bounties on invasive fish for eradication. Anglers catch the targeted species, CPW records the anglers’ names and license number, and pays $20 per Northern pike caught.

Martin and RBWCD manager Alden Vanden Brink have been talking about implementing bounties in the White River and Kenney Reservoir. CPW introduced the program at the RBWCD fishing derby on June 1 and will continue the program through November. CPW also brought its threatened and endangered species aquarium trailer to the derby as an educational opportunity for community members and derby participants to see Colorado’s endangered and threatened species.

During the manager’s report, Vanden Brink reported that they have divided the $80,000 cost for the federally mandated cleaning of the dam apron between two budget cycles. Vanden Brink also spoke about the potential for western slope water curtailment due to the Colorado River Compact.

During the last Basin Roundtable meeting, owners of water rights were made aware of a mandatory installation of water flow measurement devices they will be financially responsible for.

Vanden Brink said about 40 people attended the May 28 State of the River meeting at CNCC, during which the White River Storage Project, the White River Algae Study and the Colorado River District’s presentation on protecting western Colorado’s water rights were discussed.

About 10 days of hydroelectric power generation were lost due to mechanical issues at the plant which have since been fixed.

Asphalt repair at the reservoir parking lot will be performed by CKC Asphalt from Altamont, Utah. The board had budgeted $5,000 and the quote came in at $4,300.

During public participation 4-H leader Roxie Fromang thanked the district for giving members of the Gone Fishing 4-H Sportfishing Club the opportunity to present at the meeting and advertise their fishing derby.

The next RBWCD meeting is scheduled for Wednesday, June 26 at 6 p.m.

A previous version of the photo caption incorrectly stated CPW was offering bounties on smallmouth bass and did not clarify bounties are only in effect in Rio Blanco Water Conservancy District boundaries. See map below. 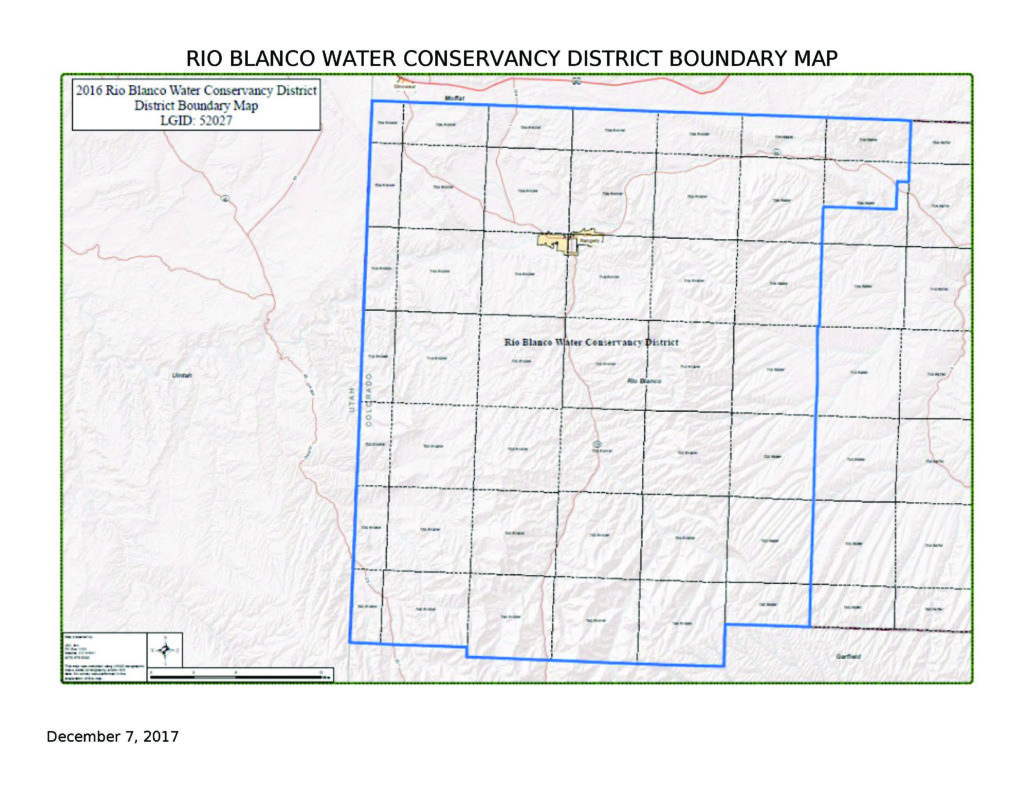 Listen to this post RBC | The county commissioners heard from Colorado Parks and Wildlife Area Manager Bill de Vergie Monday regarding the discovery of Northern pike in Kenney Reservoir. “The whole thing caught us […]

As the White River turns green again, work to seek a solution begins

Cowboys in top 10 after Cedaredge win