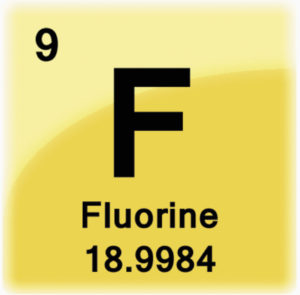 MEEKER | Since the late 1940s, fluoride—the ionic form of fluorine, which is the 13th most abundant element in the earth’s crust and is found naturally in water and air—started being added to some public drinking water supplies in the United States and Canada as a means of preventing dental caries, or cavities.

What was something of a grand experiment—residents of the first town to have fluoridated water weren’t told about the addition—was considered a success. The rates of tooth decay in towns with fluoridated water dropped dramatically. The Centers for Disease Control and Prevention identify fluoridation as one of the 10 greatest public health achievements of the 20th century.

But all communities couldn’t afford fluoridation equipment, and rural areas that depended primarily on wells and cisterns were missing the benefits of fluoridated water, so fluoride began to be added to toothpaste, mouthwash, and provided in supplement form.

Dentists and dental hygienists are the strongest proponents of fluoridation because they know the impact of tooth decay on one’s overall health.

“Resolved, that in the interest of public health, the American Dental Association recommends the fluoridation of community water systems in accordance with the standards established by the appropriate authority, and be it further

Resolved, that the American Dental Association supports ongoing research on the safety and effectiveness of community water fluoridation.

Since the inception of water fluoridation, the American Dental Association has carefully monitored scientific research regarding safety and efficacy. Based on that review, the Association has continually reaffirmed water fluoridation as the most effective public health measure for the prevention of dental caries and strongly urges that its benefits be extended to those served by communal water systems.”

Kari Brennan of White River Dental Hygiene shared a link to a health department fact sheet on fluoridation that can be found here: tiny.cc/fluoridefacts.

Despite statistical evidence that fluoridated water supplies are good for dental health, particularly in children, it is possible to have too much of a good thing, and that has become a concern for some people when it comes to fluoridating public water supplies.

Excess fluoridation can result in fluorosis of the teeth or skeleton. From 1950 to 2004, the incidence of dental fluorosis in children increased from 10% to 41%. Dental fluorosis is a tooth defect that can have symptoms ranging from tiny white specks or streaks to dark brown stains and rough, pitted tooth enamel.

Dental fluorosis was first identified in Colorado Springs in the early 1900s by a dentist named Frederick McKay. Many of the residents of Colorado Springs had brown-stained teeth, even the children, which they referred to as Colorado Brown Stain. Determined to find the cause for the staining, McKay eventually had the water tested in Colorado Springs and other areas with similar symptoms. They all had high levels of fluoride naturally occurring in the local water supply.

Some 70-plus years after the U.S. started fluoridating water supplies, some people have started to question the need for systemic fluoridation of all residents, in light of additional fluoride supplied by other means. Some activists have gone so far as to say fluoridating a public water supply amounts to “mass medication” of people without their express consent.

Twelve years ago the city of Juneau, Alaska, canceled its fluoridation program. The results? Local dentists reported seeing increased dental decay. But the fluoridation program is still the subject of strident debate among residents and they haven’t reinstated the program.

This fall, Meeker residents will have an opportunity to decide for themselves whether the town should continue fluoridating town water.

OPINION: Part 3 — Fluoride in our water

Listen to this post RANGELY I In April, Rangely voters will vote on fluoridation of our drinking water to continue or to stop it. Our message is simple from proved sources. Fluoride prevents tooth decay […]

Listen to this post MEEKER | Six people are vying for two open board of director’s seats for the Rio Blanco Fire Protection District in this year’s special district elections to be held next month. The […]