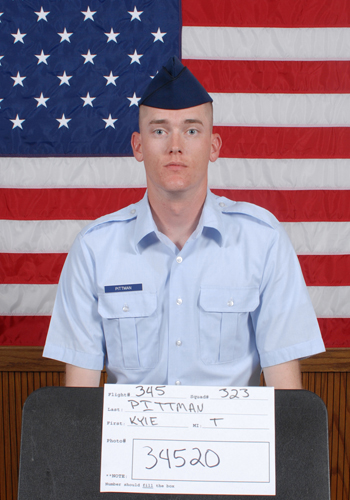 RANGELY | Air Force Airman 1st Class Kyle T. Pittman was graduated from basic military training at Lackland Air Force Base, San Antonio, Texas.
The airman completed an intensive, eight-week program that included training in military discipline and studies, Air Force core values, physical fitness and basic warfare principles and skills.
Airmen who complete basic training earn four credits toward an associate in applied science degree through the Community College of the Air Force.
He is the son of Lois Pittman of Rider Road, Rangely, and brother of Kassy Vanderlaan of Jacie Lane, San Angelo, Texas.
Pittman was graduated in 2000 from Rangely High School, and received an associate degree in 2005 from Universal Technical Institute in Phoenix.

RANGELY I A women’s 12-step support group will meet from 4-5:30 p.m. Saturday at the Radino Center.

‘Jekyll and Hyde’ Panthers win two, lose one on week

RANGELY I Panther coach Mark Skelton said he’s starting to feel like a broken record. Skelton has been preaching the same message to his players all season: For them to be successful requires giving maximum […]