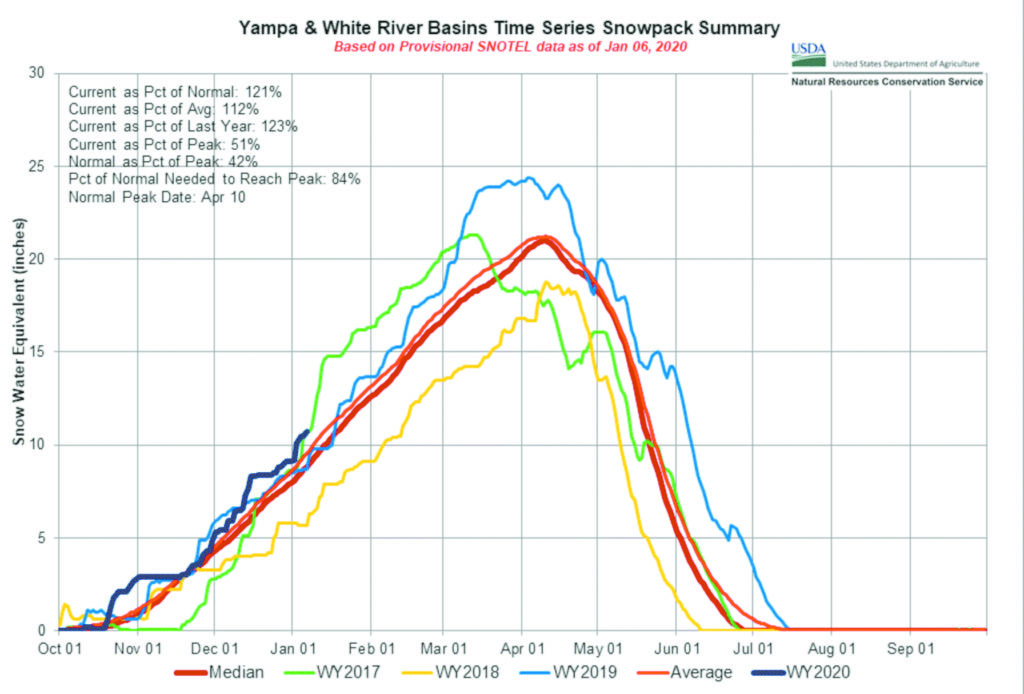 The Yampa and White River basins combined are on track with 2017 at this point in the season.

Listen to this post MEEKER | Listening to a recent weather report that said that we have reached ninety percent of our needed snowpack, I realized how much we all take our piles and piles […]

These hay fields know something we don’t; how to save the Colorado River

Listen to this post RBC | Grand County rancher Paul Bruchez stands in a hay field near Kremmling, holding a small tuft of hay between his fingertips, twirling it back and forth, seeing how quickly […]

Rifle area snow not yet stable

Listen to this post RIFLE I Recent and heavy snowfall has prompted visitors to get out and enjoy winter on the Rifle Ranger District, especially the areas open for snowmobiling. However, current conditions are extremely […]